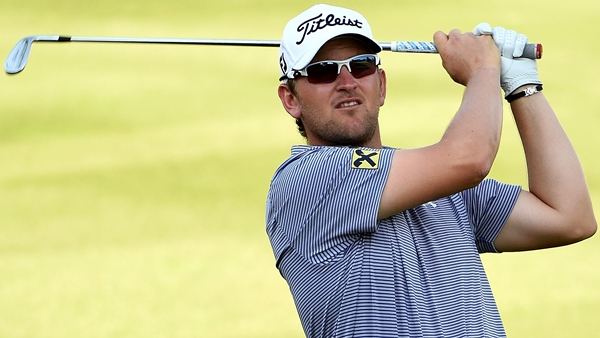 DUBAI, United Arab Emirates – Bernd Wiesberger made seven birdies on his last 10 holes Thursday to take a one-shot lead after the first round of the Dubai Desert Classic.

The 29-year-old Austrian took full advantage of the good playing conditions at the Emirates Golf Club to shoot a bogey-free 8-under 64. He made five straight birdies from the 13th hole before finishing with a par.

“I struggled with my putting early on, I didn’t even get to the hole,” Wiesberger said. “Once I got the pace right on the greens, which was a bit slower than I expected it, then it went nicely.”

Lee Westwood and Nicolas Colsaerts were among four players tied for second, along with Peter Uihlein and Andy Sullivan.

Rory McIlroy was another shot back after a bogey on his last hole. He was tied with six other players, including defending champion Stephen Gallacher.

“It’s a decent score,” McIlroy said. “I didn’t hit a fairway until the 17th, which was my eighth hole, but I scored well for those holes. I can’t complain with 66 to start. You’re not going to get the course any easier out there today.”

Uihlein was 8 under through 13 holes, but finished with four pars and a bogey on the 17th.

The dropped shot came after he hit a chip shot short of the green and then failed to get up and down.

Henrik Stenson started with a disappointing 70, while Sergio Garcia was way behind after a 75.