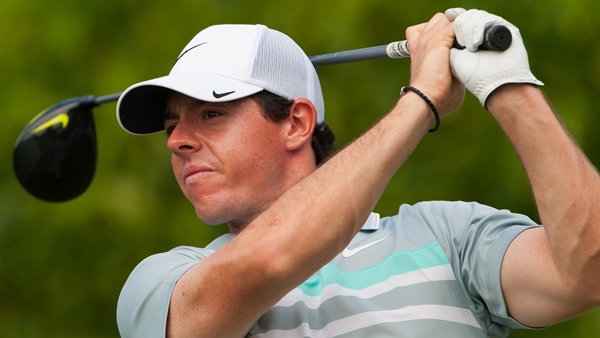 Rory McIlroy has won the European Tour’s Race to Dubai for the second time in three years.

“Winning it for the first time two years ago was a fantastic feeling, but I feel like I’m now a more complete player and my all-round game has moved to another level,” McIlroy said in a statement released by the European Tour.

The 25-year-old Northern Irishman is more than 2.7 million euros ($3.4 million) ahead of Henrik Stenson. The Swede, who was European No. 1 a year ago, moved second on the money list by coming third in the Turkish Airlines Open on Sunday.

McIlroy did not compete in Turkey where Marcel Siem, Jamie Donaldson and Sergio Garcia needed to win to stay in the race.

Brooks Koepka of the United States won the tournament by a stroke.

“This has obviously been the best season of my career by a long way, and to win The Race to Dubai for the second time really is something truly special,” McIlroy said. “That four-week spell over the summer, from the Open to the US PGA Championship, would have to be the best golf of my life.”

McIlroy won the British Open on July 20, the Bridgestone Invitational on Aug. 3 and the PGA Championship on Aug. 10, becoming the third youngest player after Jack Nicklaus and Tiger Woods to win three of the four majors.