McLean holds, Ross and Farrell tied for lead after round 2 at Future Links, driven by Acura Atlantic Championship 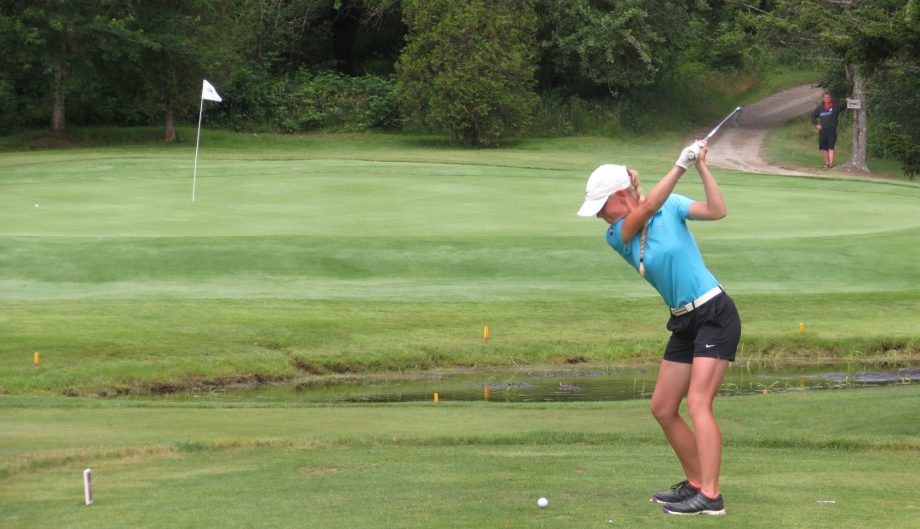 CHURCH POINT, N.S. – Meghan McLean extended her lead in the girls division while Aubrey Farrell caught up to Calvin Ross as the pair sit at the top of the boys division at the Future Links, driven by Acura Atlantic Championship on Wednesday.

Farrell shot an even-par 71 to close the round-one gap between him and Ross. Things didn’t look too great for the 18-year-old from Sydney Forks, N.S., as he carded three bogeys in his first six holes.

After calming his game down and making par on the next eight holes, Farrell knocked down three straight birdies on holes 15-17 to launch him to the top of the leaderboard with Ross at 2 under for the tournament.

“I got off to a bad start, I was three over after six,” he said, after his round. “After that I hit every green. I just had a lot of good looks and finally hit it to within a couple of inches on hole 15 and got going from there.”

Ross, the defending champion and round one leader, shot a 1-over-par 72. The 18-year-old from Fredericton, N.B., looked like he was going to extend his lead after carding a birdie on the par-5 16th hole, but he made bogey on the following par-3 hole.

“I missed a good opportunity on the third hole and I gave a few back where I didn’t need to,” said Ross. “I got off to a bad start on the back nine and couldn’t get anything rolling.”

Andrew Bruce, an 18-year-old from Corner Brook, N.L., shot his second consecutive even-par 71 to secure himself into third place, two strokes behind the co-leaders.

Bryson McCulloch, from Kingston, Ont., shot the low round of the day with a 1-under-par 70. He sits T12 at 8 over par for the competition.

In the girls division, McLean held on to her lead after posting a 6-over-par 77. The 18-year-old from Port Williams, N.S., was the only girl in the top five to fail to register a single birdie, but her 6 over par was still tied with the lowest score of the day.

“I didn’t hit as many greens as I was hoping to today,” she said. “My chipping really saved me. I could really visualize my shots and these greens work really well for the bump-and-run that I typically hit so feeling confident with the chipping definitely helped.”

Laura Jones, from Moncton, N.B., also carded a 6-over-par 77 to remain three strokes back of McLean in second place. The 18-year-old started her round off with a birdie – her only one of the day – but also added five bogeys and a double bogey to her scorecard by the end of the round.

Kiley Rodrigues from Kingston, Ont., dropped into solo-third after she shot a 79. The 17-year-old was 5 over par after the first six holes and turned things around with two birdies and four pars over the next six holes, but finished her round with three more bogeys and a double bogey to move her to 13 over for the tournament.