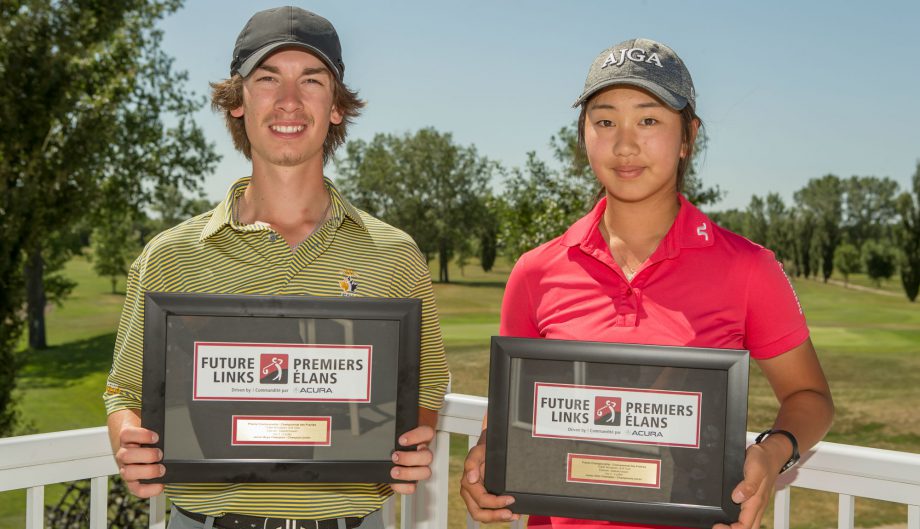 McMillan, who started the day T2, shot a bogey-free, 4-under-par 68 to close out the tournament 5 under par. The 17-year-old from Winnipeg, Man., made the turn at 1 under par in a tie with Tayden Wallin and then carded three birdies in five holes to cruise to the finish line.

Kade Johnson, from Yorkton, Sask., finished in solo-second after he made an eagle on the par-5 15th hole. The 18-year-old was in a three-way tie after the seventh hole, but made a double-bogey on the par-3 eighth hole and ultimately finished four strokes back of McMillan.

Wallin started his round at the top of the leaderboard and got off to a strong start with two birdies in the first five holes. After he carded a triple bogey he bounced back and scored two birdies after he made the turn, but he struggled in the final six holes where he went 5 over par.

Rounding out the top six finishers in the boys division who earned exemptions into the 2017 Canadian Junior Boys Championship on July 31-Aug. 3 at Cataraqui Golf and Country Club in Kingston, Ont., are: Callum Davision from Duncan, B.C., Andrew Campbell and Josh Nagy, who are both from Saskatoon, Sask.

In the girls division, Baek completed her wire-to-wire victory with a 5-over-par 77 in her final round. The 13-year-old from Langley, B.C., carded a triple-bogey on the par-5 fifth hole but had already built up a comfortable cushion between second place.

Angela Arora, from Surrey, B.C., shot the low round of the day in the girls division with an even-par 72 and jumped up the leaderboard to finish in solo-second place, nine shots behind Baek. She got off to a slow start with two bogeys in her first three holes, but a bogey-free back nine paired with two birdies got her back in it.

Vaijayanti Bharkhada finished her tournament with an 80, moving her to 23 over par for the tournament and a solo-third finish.

Rounding out the top six earning exemptions to the 2017 Canadian Junior Girls Champions on Aug. 1-4 at Camelot Golf & Country Club in Cumberland, Ont., are: Samantha Copeland of Calgary, Alta., Chloe Sies of Melville, Sask., and Hannah MacNeil of Shaunavon, Sask.