Meet the Host Club: Legends on the Niagara 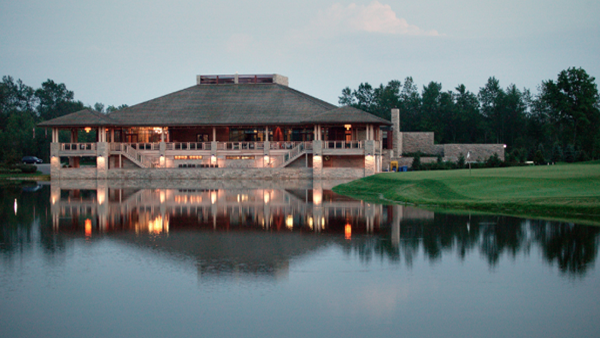 Legends on the Niagara

Since 1938, the Canadian Junior Boys Championship has stood as a proving ground for young male golfers under the age of eighteen. This tournament has seen the likes of Web.com Tour player Nick Taylor, Champions Tour player Jim Rutledge, and various Canadian Golf Hall of Famers including George Knudson, Gary Cowan, and more.

Doug Carrick was responsible for the design of Legends’ Battlefield Course, which is situated next to the historic site of the War of 1812’s Battle of Chippawa. It includes four signature holes, all wrapped around a beautiful 7 hectares (19 acre) man-made lake. The centrepiece of the facility, which links everything together, is a spectacular clubhouse designed by Canadian Architect Peter Berton. This building truly captures the spirit of the Niagara area and it embodies NPC’s vision of a world-class golfing venue that exists in concert with Niagara’s natural and historic setting.

In July of 2004, the Battlefield Course played host to the best women golfers in the world when the Canadian Women’s Open was held at Legends. The course continues to host prestigious golf championships, including the Canadian Women’s Tour Ontario stop in both 2012 and 2014. The Canadian Junior Boys Championship will run from July 29 – August 1, 2014, with a practice round being staged on July 28.

“Niagara Parks believes that hosting national championships of this caliber demonstrates our efforts to help grow the game of golf across the country,” stated Janice Thomson, Chair of The Niagara Parks Commission. “We look forward to hosting this prestigious tournament and to working with Golf Canada to ensure our competitors and their families have the most memorable of experiences when they visit Niagara and Niagara Parks.

According to NPC’s Head Golf Professional, Curtis Labelle, “Legends on the Niagara Golf Complex offers a championship-caliber facility with all of the amenities required to host a national championship. On the Battlefield Course the greens are elevated, undulating and have subtle breaks. This combined with the length of the golf course, well-guarded bunkers and water hazards will provide the challenge our championship competitors are looking for.”