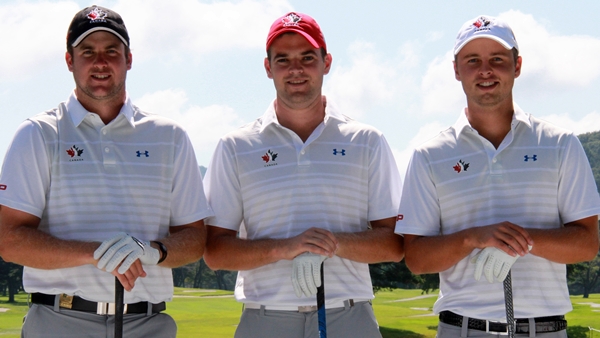 KARUIZAWA, Japan – The Men’s World Amateur Team Championship will begin Wednesday when 69 countries from around the world tee-it-up at 72 Golf East in Japan.

The team will be paired with Malaysia and Slovakia to begin the event. The scoring format is four rounds of stroke play, with the best two scores from each day being counted towards the team total.

In 27 appearances at the World Amateur Team Championship, the Canadian men have captured the Eisenhower Trophy on one occasion (1986) and earned runner-up honours four times. Earlier this month, the Canadian women’s team of Brooke Henderson, Brittany Marchand and Augusta James finished as runner-up.