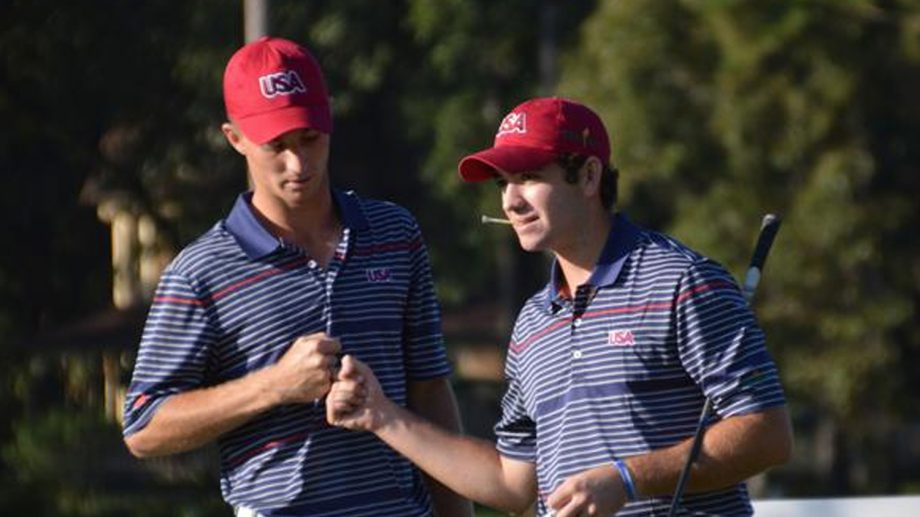 TRINITY, Tex. – Mexico and the United States separated from the pack for a share of the lead at 25-under par following Tuesday’s second round of four-ball at the Spirit International at Whispering Pines Golf Club.

Both the Mexicans and Americans broke 130 on Tuesday to lead the way and set the tone for Wednesday’s final round. France trails the leaders by four strokes at 21-under par to sit alone in third place.

Collectively, the Canadian foursome of Hugo Bernard (Mont-St-Hilaire, Que.), Eric Banks (Truro, N.S.), Maddie Szeryk (dual-citizen) and Grace St-Germain (Ottawa) continued to struggle on Tuesday, carding a 5-under 139 but falling further behind the pace in the process, trailing the leaders by 17 strokes.

Together, Banks and Bernard posted a 4-under 68 to sit T16 amongst the men. On the women’s side, Szeryk and St-Germain carded a 1-under 70, leaving them in a tie for fifteenth.

The Spirit International Amateur Golf Championship is a 54-hole four-ball stroke-play competition with three concurrent competition categories: International Team, Men’s Team and Women’s Team. Unofficial individual competitions are also conducted through a format that only counts birdies and eagles towards final scores. PGA TOUR and LPGA TOUR exemptions will be awarded to the men’s and women’s gold medalists. The men will compete for a spot in the Crowne Plaza Invitational, while the women will compete for a spot to play in the Volunteers of America North Texas Shootout.

The event features world-class amateurs from over 20 countries across six continents. Conducted at the Whispering Pines Golf Club since its inception in 2001, the Spirit is a biennial event alternating years with the World Amateur Team Championship. The Spirit is hosted by the World Health & Golf Association, a charitable organization dedicated to promoting amateur golf for the benefit of health related reasons.