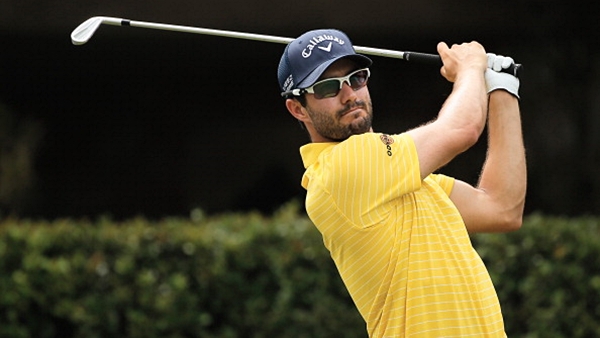 The 22-year-old former North Texas player closed with a 4-under 68 at El Bosque Country Club for a two-stroke victory over Justin Thomas. Ortiz finished at 13-under 275.

Ortiz, the Panama Claro Championship winner last month, earned $126,000 to jump from second to first on the money list with $304,458 – well over the amount needed to earn a PGA Tour spot next season as a top-25 finisher.

From Guadalajara, Ortiz rebounded from an opening 74 with rounds of 67 and 66 for a share of the third-round lead with Nathan Green. Ortiz played the first 15 holes in 5 under Sunday, then bogeyed Nos. 16 and 17 before closing with a birdie on the par-5 18th.

Thomas finished with a 69.

Green, from Australia, had a 74 to drop into a tie for third at 7 under with Adam Hadwin, Jason Gore, Daniel Berger, Nathan Tyler and Jonathan Randolph.

Hadwin, an Abbotsford, B.C. native, climbed 16 spots up the leaderboard Sunday thanks to a 4-under 68. His stellar round included five birdies and a single bogey – which came on the par 3, 3rd hole.