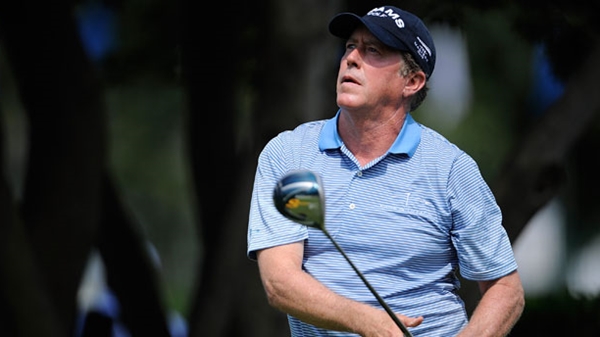 SAN ANTONIO – Michael Allen made a 5-foot birdie putt on the final hole for a 6-under 66 and a two-stroke victory Sunday in the Champions Tour’s AT&T Championship, and Bernhard Langer wrapped up the Charles Schwab Cup title.

Allen birdied three of the final four holes on TPC San Antonio’s AT&T Canyons Course. He finished at 15-under 201 for his second victory of the season and seventh overall on the 50-and-over tour. He won the Allianz Championship in Boca Raton, Florida, in February.

Woody Austin had a 71 to finish third, three strokes back.

Langer closed with a 69 to tie for sixth at 10 under. He has a tour-high five victories – two of them majors – and leads the money list.

The top 30 on the money list qualified for the season-ending Charles Schwab Cup Championship next week in Scottsdale, Arizona.

He bumped Mark Calcavecchia, 30th entering the week, from the Schwab field. Calcavecchia tied for 72nd in the 81-player field at 4 over with rounds of 77-72-76.