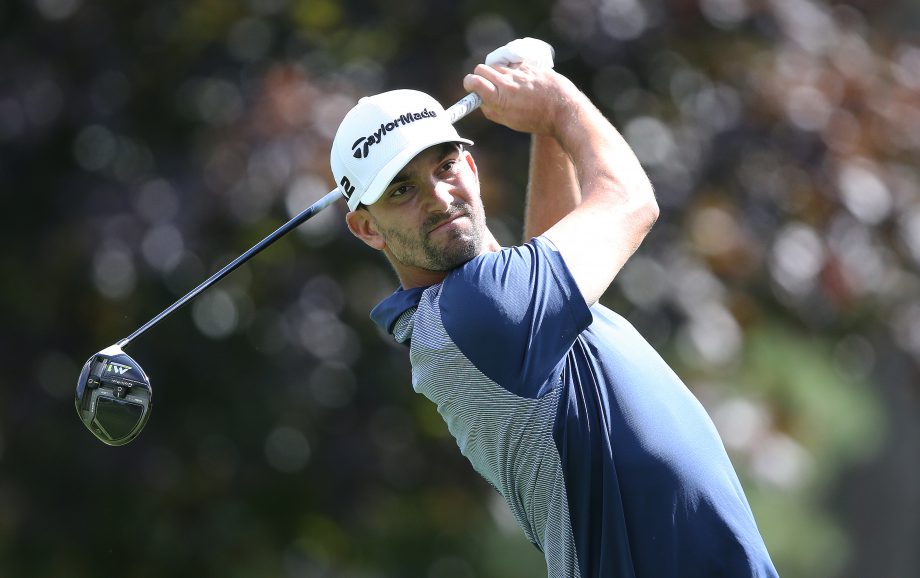 Windsor, Ontario, Canada — Placing in a tie for second is Freedom 55 Financial Canadian Player of the Week Michael Gligic with rounds of 64, 68, 64 and 66.

The Kitchener, Ontario native took sole possession of the lead after a birdie on the 13th, but bogeys on both of the par 3s on the back nine, including a 3 putt on the 16th, opened the door for Anguiano to be named champion on Sunday at the Windsor Championship.

“I got off to a rough start this year, missing the cut three events in a row, but I kept working hard and the past few weeks I’ve seen some good signs, so just keep going and next week is a course I really like so hopefully I can get myself in contention again.” said Gligic.

With a 65 on Sunday at Ambassador Golf Club, Mark Anguiano picked up his first career Mackenzie Tour victory.

While five birdies in his first seven holes put Anguiano in a good place, it was the birdies he made on 15 and 17 that sealed the deal for the 25-year-old to lift his first trophy on Tour.

It came down to the last half-hour of play until it became clear who the winner was going to be. Throughout the day, Anguiano exchanged the lead with both Canadians near the top of the leaderboard; Anguiano’s playing partner, Taylor Pendrith, and Michael Gligic, playing in the group ahead.

After making birdie on 17, Anguiano walked up the 18th green with a two-stroke lead after Gligic narrowly missed a 10-foot birdie chance.

“I wasn’t sure until I got up to the green where I was really on the leaderboard, I didn’t want to know,” said the Bellflower, California native. “My caddie knew, which was good, but it wasn’t until I got to my ball on the green that I knew, and it’s a great feeling.”

The large Windsor crowd surrounding the 18th green gave Anguiano a king’s welcoming as he approached his ball, 15-feet away from the hole.

“The fans were very respectful of me and the other players that were also contending,” said Anguiano. “I felt good out there all week, there’s some stretches where you won’t hit it great or feel good on the greens, but I stayed very patient during those times and that’s important to be on top.”

Anguiano previously contended this season at the GolfBC Championship, shooting a 62 in round 1. However, a second round 71 made it difficult for the 2017 Web.com Tour player to claw his way back up the leaderboard and ended up coming in a tie for sixth.

This time around, Anguiano followed up his first round 63 with two 66s and a 65 to claim the victory.

One bad swing may have been all that kept Pendrith from his first Mackenzie Tour victory. Beginning the day with an eagle on his third hole, the Richmond Hill, Ontario native shot 33 on the front to make the turn right on Anguiano’s heels. However, on the 14th hole Pendrith snap hooked his shot on the par 3 into the water hazard and made a double-bogey 5. While Pendrith followed the score up with a birdie on 15, he would have to settle for a T4 finish, his strongest of the year.