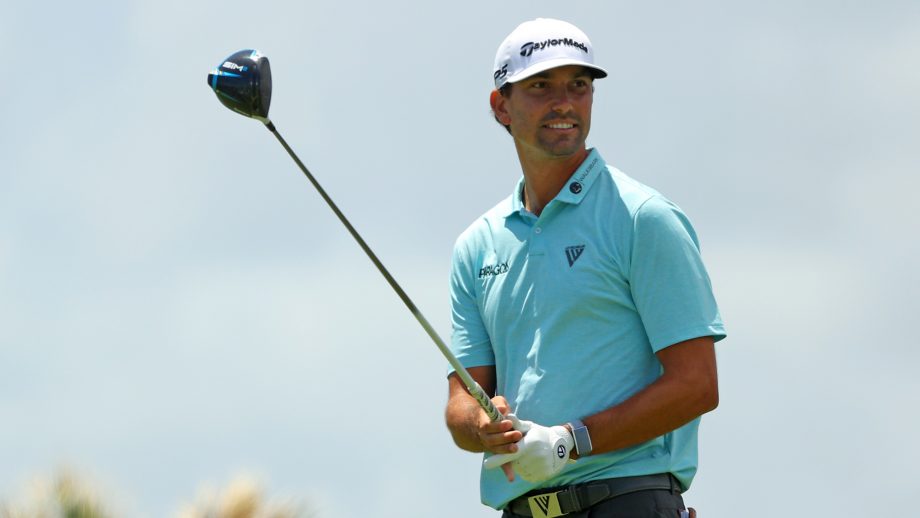 PUNTA CANA, DOMINICAN REPUBLIC - MARCH 28: Michael Gligic of Canada warms up before playing his shot from the first tee during the final round of the Corales Puntacana Resort & Club Championship on March 28, 2021 in Punta Cana, . (Photo by Kevin C. Cox/Getty Images)
Canadian Press

Dahmen closed with a 2-under 70 on the windswept seaside course. The American started fast with birdies on three of the first four holes and added another on the par-5 seventh, then played the last 11 in 2 over with bogeys on par-3 11th and par-5 14th and a series have hard-earned pars.

The 33-year-old Dahmen finished at 12-under 276. He didn’t get into the Masters with the victory because the tournament was played opposite the WGC Match Play event in Texas, but did wrap up a PGA Championship berth and a spot at Kapalua in the Sentry Tournament of Champions.

Campos, the Puerto Rican player whose family has long had a home in the Dominican, had a 71. Winless on the tour, he bogeyed the par-3 17th to drop out of a tie for the lead and watched the wind move his 15-footer off-line in the last few inches on the par-4 18th. His only birdies came on the two front-nine par 5s.

Sam Ryder had a 67 to tie for second with Campos.

Graeme McDowell, the 2019 winner, and Michael Gligic of Burlington, Ont., tied for fourth at 10 under. McDowell closed with a 69, and Gligic shot 71.

It was a career-best finish for Gligic, who was in the mix until two late bogeys took him out of contention.

The 31 year old said he made some mistakes on day one, but played “pretty solid all around.”

It’s an experience Gligic hopes to build off of as he continues on the PGA Tour.

“I can definitely use this next time and hopefully I can finish a little stronger. Those finishing holes are pretty tough,” he said.

Defending champion Hudson Swafford (70) and Emiliano Grillo (71) were 9 under.