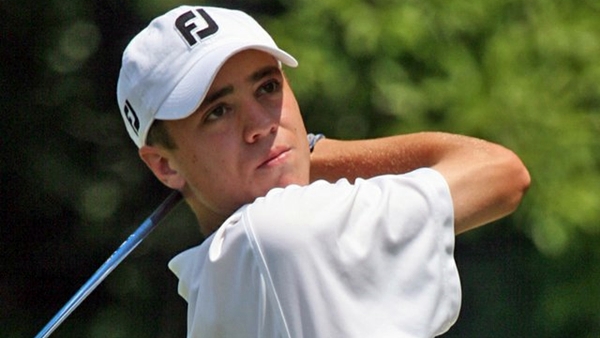 The veteran of 114 starts on the PGA Tour birdied his first four holes and made seven birdies to offset one bogey, giving the 34-year old a one stroke advantage over Waterloo, Illinois’ Collin Neeman, Galloway, Ohio’s Ethan Tracy and Taiwan’s C.T. Pan.

“I got off to a hot start birdieing the first four. I hit it close on the first three holes and made a 25-footer on four to keep the momentum going. It was nice to come through there in 5-under,” said Letzig.

After finishing 219th in the FedExCup standings in 2013 and losing his PGA Tour status, Letzig said he has been practicing and playing in Arizona this winter in the hopes of kicking off a return path to the PGA Tour through PGA Tour Canada this season.

“I’ve been through this a little bit. I’ve been playing pretty good, just trying to stay warm down in Arizona,” said Letzig, who has made one start on the Web.com Tour this season, finishing T41 at the Chitimacha Louisiana Open.

Tracy, who finished tied for second at last week’s Lexus Panama Classic presented by World Jewelry Hub on PGA Tour Latinoamérica, fired a 5-under 67 to share second with Pan and Neeman, managed a bogey-free round despite arriving in Courtenay late Monday evening after a missed flight out of Panama.

“I didn’t really know the course because I didn’t have a practice round. I came in here late last night and tried to hit my shots into the right areas of the fairways,” said Tracy, who ranks eighth on the PGA Tour Latinoamérica Order of Merit. “It was pretty rough. I was scheduled to go out at 8:00 a.m. from Panama City. I left my hotel at 4:00 a.m. and I missed my flight. I just hit a lot of traffic and didn’t expect it to take that long.”

Todd Halpen and Ryan Ellis were the top Canadians after 18 holes. The pair held a share of 10th at 2-under, four-off the lead.