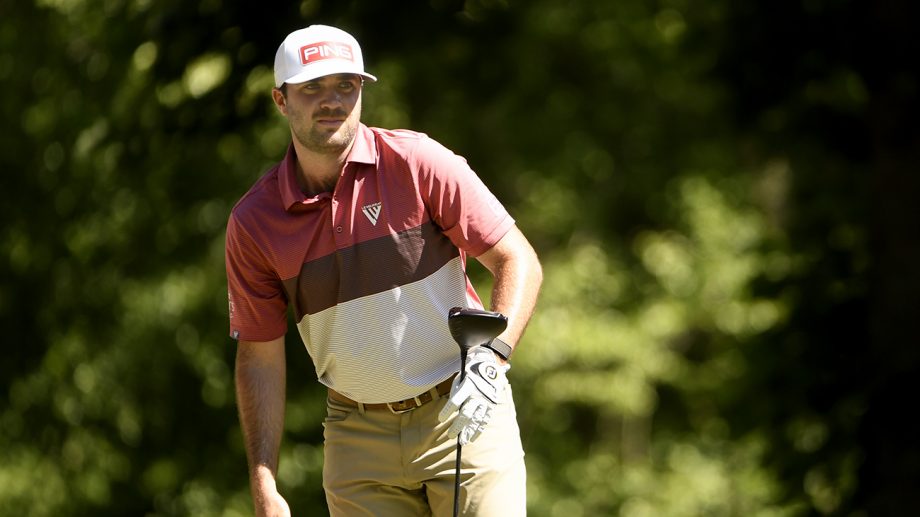 RALEIGH, NC - JUNE 05: Stuart Macdonald of Canada watches his tee shot on the seventh hole during the third round of the REX Hospital Open at The Country Club at Wakefield Plantation on June 5, 2021 in Raleigh, North Carolina. (Photo by Tracy Wilcox/PGA TOUR via Getty Images)
Korn Ferry Tour Communications

GREER, S.C. – Michael Miller had to wait two years to return to the site of his career-best finish. After a runner-up in 2019 at the BMW Charity Pro-Am presented by SYNNEX Corporation and a tournament cancellation in 2020, Miller carded an opening-round 9-under 62 at the Thornblade Club to claim a one- stroke lead over Justin Lower, Vince India and Lee Hodges.

“I just enjoy it here,” laughed Miller about his success at the tournament. “This was one of my first couple of events that I ever got into when I first had some status in 2014. And I played well and I’ve always kind of rode the momentum from there. I like the driving and the atmosphere and the people around.”

Though still looking for another breakthrough performance, Miller entered this week’s tournament in better shape on the points list (99th) than in 2019. In 2019, Miller missed his first eight cuts of the season and 10 of 12 overall to enter the BMW Charity Pro-Am at 188th in the points standings.

After a birdie at the par-4 10th to start, Miller tacked on three more birdies, a bogey and a hole-out eagle at the par-4 14th to reach 5-under 31 at the turn. On the front side, Miller added three more birdies, a bogey and another eagle at the fifth. With the 62, Miller sets a new career-low round on the Korn Ferry Tour, replacing a 63 at The Cliffs Valley course at the 2019 BMW Charity Pro-Am presented by SYNNEX.

With more than 80 percent of the Korn Ferry Tour’s combined 2020-21 regular season in the books, Miller noted the urgency that has started to set in.

“I’m playing for my job,” said Miller. “That’s the way I look at it. It’s either you’re going to make it or break it. I’ve got eight events to hopefully prove that I belong at the next level and hopefully today’s a good start to build some momentum going forward.”

Canadian Stuart Macdonald is tied for fifth after shooting a 7-under 65. Fellow Canadians Ben Silverman and Albin Choi shot 68 and 69, respectively.

Second-round tee times will run from 7 a.m. to 1:49 p.m. on Friday off of the first and 10th tees at both Thornblade Club and The Cliffs Valley.