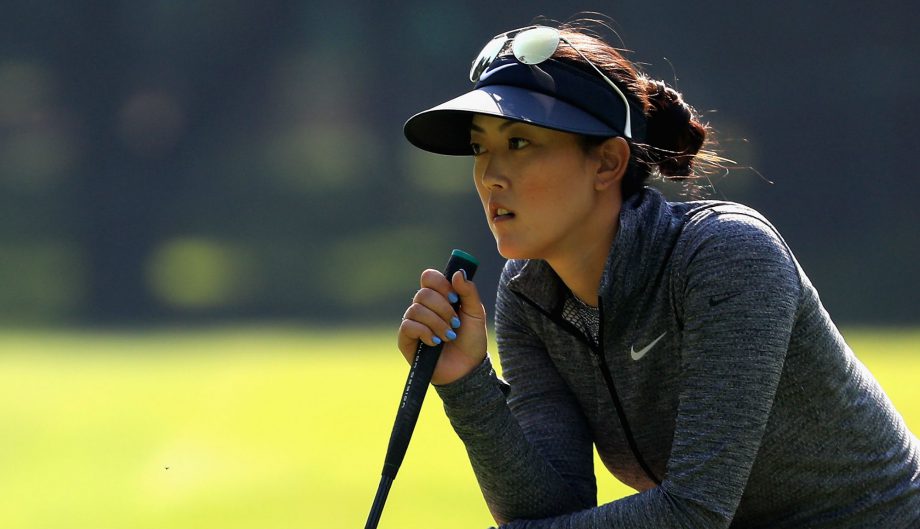 Four down after 11 holes at Club Golf Mexico, Wie twice rallied to tie the long-hitting Yin and won with a birdie on the par-5 20th hole.

“I think it was the definition of survival out there,” Wie said. “She played so good. She eagled two and six. I think she was 5 under in seven holes. She played great. I’m really proud of my caddie for motivating me and keeping me in my head. And we fought so hard out there.”

Wie set up a match against Kim, a 5-and-4 winner over Karine Icher in the event that switched from stroke to match play and moved from November.

Wie is winless since the 2014 U.S. Women’s Open. She won the then-Lorena Ochoa Invitational in stroke play in 2009 in Guadalajara for her first tour title.

The third-ranked Jutanugarn lost a 3-up lead to Cristie Kerr before finishing off the 39-year-old American with a par on the 19th hole. Kerr won three weeks ago in Hawaii and lost to Haru Nomura last week on the sixth hole of a playoff in Texas.

“The greens here are really hard to read, the speed, everything,” Jutanugarn said. “Cristie hit some really good putts, but they just didn’t go in. … My tee shot was pretty good all day, I just have to work on my putting.”

Hur had two 1-up victories, knocking off top-ranked Lydia Ko in the round of 16 in the morning and edging Shanshan Feng 1 up in the afternoon.

Yin had a 4-up lead after seven holes, and that was the margin after her birdie win on the par-5 11th. Wie won four of the next five holes – two with birdies, and two with pars – to tie it. Yin rebounded to win the par-5 17th, and Wie took the par-4 18th with a par to force extra holes.

“I knew how quickly things could end, so I just kind fought through,” Wie said.

The 19-year-old Yin, from Arcadia, California, is an LPGA Tour rookie after playing last season on the Ladies European Tour.

In the round of 16 in the morning, Wie topped Marina Alex 5 and 4; Yin beat Sandra Gal 3 and 2; Jutanugarn defeated Pernilla Lindberg 5 and 3; Kim edged Charley Hull 3 and 1; Feng beat Canadian Brooke Henderson 1 up; Icher topped Angela Stanford 1 up; and Kerr knocked out Cydney Clanton 3 and 2.

Ko advanced far enough in the tournament to keep the No. 1 ranking.

“I was struggling with ball-striking today and I was not good with my putt, either,” Ko said. “So, those two combinations, it was obviously not very good.”

The event is the LPGA Tour’s first match-play tournament since 2012. Tomorrow morning’s semi-final matches are listed below.

The full leaderboard can be viewed here