Mickelson might go where fans are not for Masters tuneup 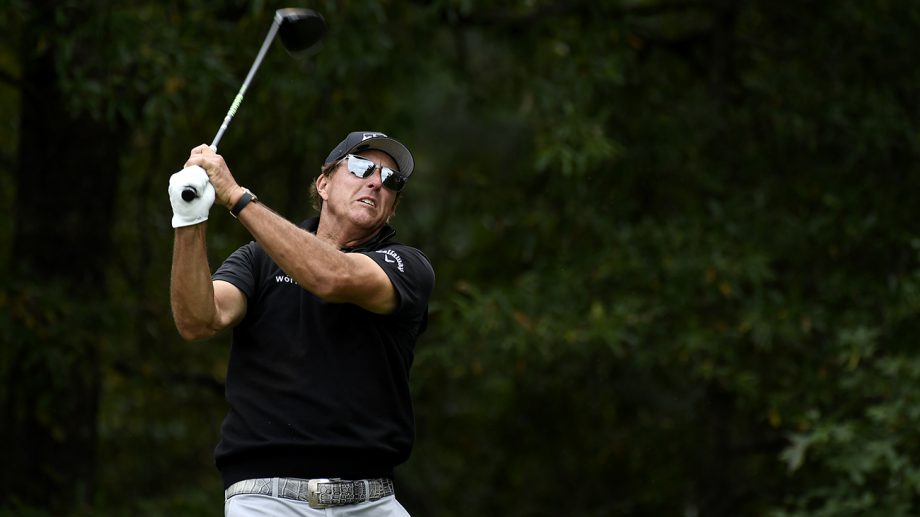 THOUSAND OAKS, Calif. — The Houston Open will be the first domestic PGA Tour event to have fans, and that might be enough to send Phil Mickelson elsewhere in his final tournament before the Masters.

Mickelson typically plays the week before the Masters, and he was planning on being at the Houston Open. The tournament announced last week that 2,000 tickets a day would go on sale starting Wednesday.

The Houston Open is Nov. 5-8 at Memorial Park. That’s the same week as the 54-hole Charles Schwab Cup Championship in Phoenix on the PGA Tour Champions. Mickelson has won both his starts on the 50-and-over circuit.

“I think that they will do a very good, safe job in having 2,000 people at the Houston Open,” Mickelson said Wednesday at the Zozo Championship at Sherwood. “However, for me personally, I don’t like the risk of having that happen the week before the Masters. I just feel like the week before the Masters, that’s a big tournament we have and I just don’t want to have any risk heading in there. So it has made me question whether or not I’ll play there.”

Mickelson said if the Charles Schwab Cup Championship also has limited spectators, he probably would go to Houston.

“If Phoenix does not have people, I’ll probably go there, to be honest,” he said.

The plan for the Charles Schwab Cup Championship, held at Phoenix Country Club, is to be limited to 350 members who will have access only to a private area in the clubhouse. They can watch on the course, with no area to congregate, and walking corridors are being widened. Members will have temperature checks each day and must wear masks at all times.

The Houston Open said spectators must have masks on at all times at Memorial Park except when eating or drinking. It has yet to announce specific guidelines for spectators.

The USGA announced the U.S. Women’s Open will not have spectators at Champions Golf Club in Houston. The Women’s Open is Dec. 10-13, a month after the Houston Open.

“Following extensive consultation with health officials, we have decided that hosting the U.S. Women’s Open without spectators will provide the best opportunity to conduct the championship safely for all involved,” said John Bodenhamer, the USGA’s senior managing director of championships.

Dustin Johnson, who has withdrawn from the last two PGA Tour events after the world’s No. 1 player tested positive for the coronavirus, is scheduled to return at the Houston Open. After self-isolating for 10 days, Johnson does not have to be tested again for three months under CDC guidelines the PGA Tour has adopted.

Brooks Koepka also has said he’s playing Houston, while Tiger Woods said Tuesday he has not decided whether to play the week before the Masters for the first time in his pro career.

Mickelson said the PGA Tour has done remarkably well in its return from the COVID-19 shutdown, and he’s confident the Houston Open will have a safe environment.

“But because I haven’t seen it before, because it’s the first one out on the tour with some people, I’m unsure and I don’t want to take any unnecessary risks,” Mickelson said.

Johnson last week was the 12th player to test positive at a PGA Tour event. Mickelson says players, caddie and the rest of essential personnel who face weekly testing at tournament sites have been accountable in how they operate and where they go amid a pandemic.

What concerns him the most, especially with the coronavirus test he faces at Augusta National, is false positives.

“That’s the scare,” Mickelson said. “Because I know that I’ve been able to stay safe, that my circle … has been safe, so we’ve made all those precautions. But the false positives is the thing that scares me.”