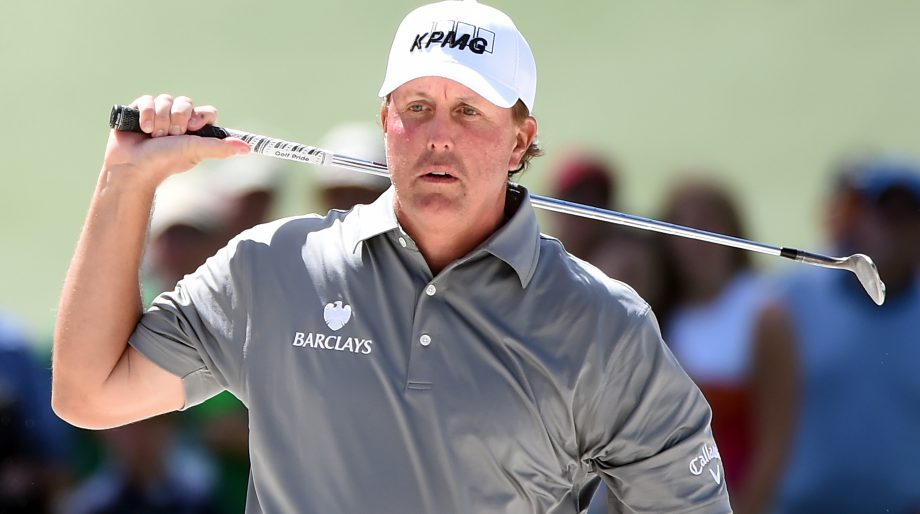 Phil Mickelson never saw a shot he didn’t think he could hit.

Part of his massive popularity in golf is the high-risk nature with which he attacks the game. When he won his third Masters in 2010, the signature shot was a 6-iron between a gap in the Georgia pines that barely cleared a tiny tributary of Rae’s creek and settled 5 feet from the hole.

It’s the high risk off the golf course that could pose problems.

Federal authorities named Mickelson as a relief defendant in a civil suit that accuses Walters and Thomas Davis, a former corporate board member at Dean Foods, of insider trading that allowed them to make tens of millions of dollars in illicit stock trades.

Mickelson was not charged. The Securities and Exchange Commission alleges he only benefited from the misdeeds of others. He agreed to repay (with interest) the $931,000 he made in a single trade of Dean Foods in the summer of 2012.

“Simply put, Mickelson made money that wasn’t his to make,” said Andrew Ceresney, the SEC’s head of the enforcement division.

“Phil was an innocent bystander to alleged wrongdoing by others that he was unaware of,” said Gregory Craig, one of Mickelson’s lawyers.

Here’s a timeline from 2012 contained in the complaint:

– Walters called Mickelson on July 27 and they exchanged texts over the next two days.

– Mickelson bought $2.4 million of Dean Foods shares on July 30 and July 31 in three brokerage accounts. The SEC says he had less than $250,000 in those accounts, had not been a frequent trader and had never bought Dean Foods stock.

Perhaps more troublesome is the SEC allegation that Mickelson had placed bets with Walters prior to the tip, he owed Walters money at the time of the trading and that he repaid Walters a month later “in part with the proceeds of his trading.”

That raises some uncomfortable questions.

How much did Mickelson owe Walters? If he placed bets with Walter, what were they for?

The complaint has the attention of the PGA Tour, which has a section in its player handbook under “Conduct of Players” related to gambling. One part says that a player shall not “associate with or have dealings with persons whose activities, including gambling, might reflect adversely upon the integrity of the game of golf.”

“That’s something we’re in the process of looking at and determining,” tour spokesman Ty Votaw said.

Two years ago at the Memorial, two FBI agents approached Mickelson after his first round to talk to him about Walters during an insider trading investigation. Mickelson said that week he had been co-operating, that he had done nothing wrong and that he hoped in the future he would be able to discuss it.

Instead, his management company released a statement that said Mickelson felt “vindicated” because the SEC complaint does not say he violated any securities laws. It also said Mickelson did not want to benefit from a transaction the SEC viewed as questionable, so he was returning the money.

And it referenced the standards of his corporate partners who pay him millions in endorsements.

“He subscribes to the same values and regrets any appearance that, on this occasion, he fell short,” it said. “He takes full responsibility for the decisions and associations that led him to becoming part of this investigation.”

According to Golf Digest, Mickelson earned approximately $52 million on and off the golf course last year.

The statement said Mickelson appreciates that his sponsors are staying with him.

Mickelson often is referred to as the “People’s Choice” for his relationship with the fans. He treats them well. He takes time for them. His philanthropy is off the charts, whether it’s a teacher’s academy with ExxonMobile, paying for school supplies for the underprivileged or providing college education for wounded and fallen soldiers.

That might be enough to get him through his latest bad lie, this one not anywhere near a golf course.