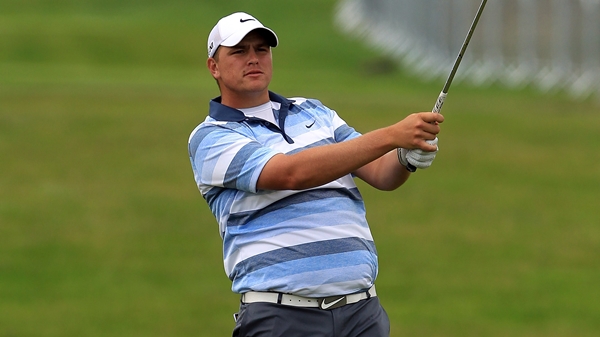 Miernicki, a teammate of two-time PGA Tour Canada winner Eugene Wong at the University of Oregon, carded eight birdies and finished 15-under total to win by two over three players.

Forty-four players finished 1-over or better to earn status on PGA Tour Canada for 2014, with 18 players earning exempt status. Whittier, California’s J.P. Brown, Montgomery, Alabama’s Hunter Hamrick and Phoenix’s Devin Daniels all birdied the first hole of a six-way playoff to earn exempt status at 3-under par, while 1-over was the cutoff for conditional status.

Miernicki, who fired a 6-under 66 in round one, said he’s looking forward to playing in Canada this summer, especially alongside his old Ducks teammate.

“Planning a schedule when you don’t have status anywhere is tough, so to be able to look at 12 events and know you’ll be in is great,” said Miernicki, who along with Wong was named an All-American in 2012 and led Oregon to the semifinals of the NCAA tournaments. “Eugene and I had similar careers and we really pushed each other, so hopefully we can do the same in Canada. We had some really great teams.”

The 21-year old admitted he wasn’t full of confidence heading into Friday’s final round, but was able to get on a run and put together a bogey-free 64, the best round of the week at Oak Valley.

“I played absolutely horrible yesterday and I got it around somehow, so I was pretty nervous going into today,” said Miernicki. “I just kind of found something and made pretty much everything, so that helps. I’ve been playing pretty well this year, and to do it when it counts means a lot.”

Among the notables to earn exempt status were former NEC Series – PGA TOUR Latinoamérica winner Alan Wagner and Hunter Hamrick, a 3-time All-American at the University of Alabama.

Hamilton, Ont.’s Justin Kim shot a final round 73 to finish at even par for the tournament and earn conditional status for 2014. The former PGA Tour Canada member made one of four cuts in 2013 and will look to improve on a career-best finish of a tie for 57th at last year’s Cape Breton Celtic Classic presented by PC Financial.