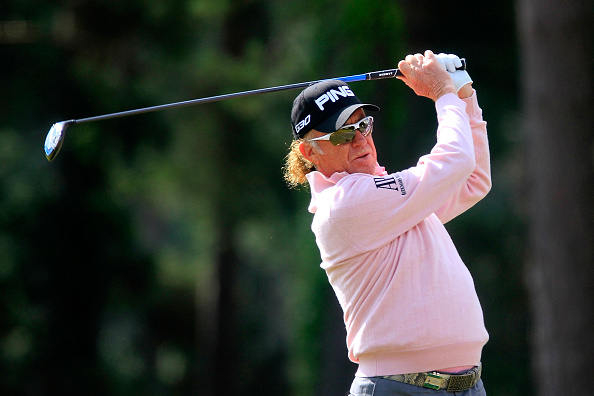 CALGARY — The most interesting man in golf, Miguel Angel Jimenez, will tee it up in Calgary for the 2015 Shaw Charity Classic.

“Adding Miguel to this year’s field is a huge win for our tournament and Calgary golf fans,” said Sean Van Kesteren, tournament director, Shaw Charity Classic. “I think one of the things that makes Champions Tour events exciting to watch is you have many of the legends of the game on the same Tour with relative newcomers to the Tour who are still competitive on the PGA TOUR. Miguel can obviously still play at a very high level, and I know he is going to put on a great show next week.”

Currently ranked 56th on the Official World Golf Rankings, Jimenez will make his first trip to Calgary just weeks before competing in the PGA Championship. Jimenez is recognized by his trademark ponytail and is often seen smoking a Cuban cigar while firing at flag sticks around the globe. The colourful Spaniard’s game is as flashy as his personality. He brings23 Tour wins around the world with him to the Shaw Charity Classic.

“I love it out here on the Champions Tour. I still feel I am competitive, I still love competing and I have a great life playing on both the Champions Tour and European Tour,” said Jimenez. “This will be my first trip to Canada so I am looking forward to getting to Calgary for the Shaw Charity Classic, playing well and having some fun. It will be a good opportunity for me to prepare for the PGA Championship at Whistling Straits.”

Jimenez has won 21 times on the European Tour. He made a splashy Champions Tour debut last year when he fired a course record 65 in his opening round, and went on to win the Greater Gwinnett Championship. He also won the Mittsubishi Electric Championship in Hualalai earlier this year. Jimenez is a four-time member of the European Ryder Cup Team, and was the vice-captain for Europe at the Miracle of Medinah in 2012 and at Gleneagles in 2014.