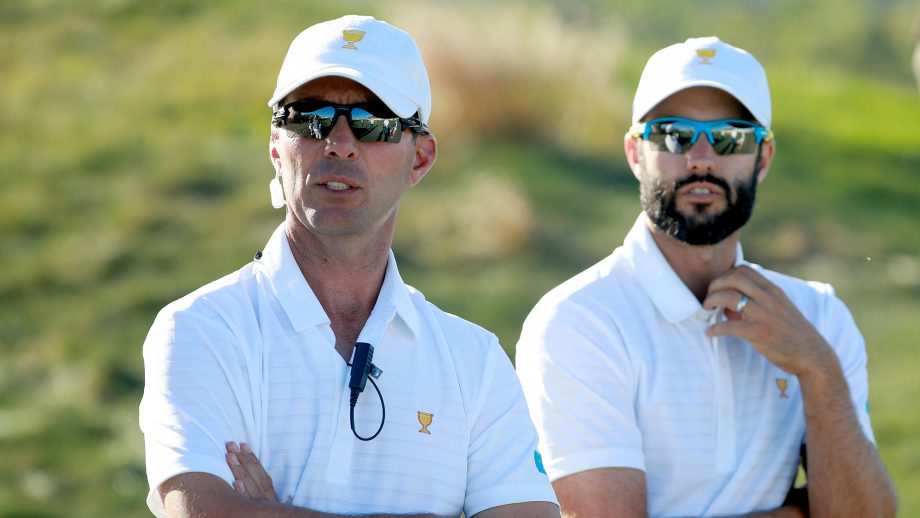 Weir will return for his second stint as a captain’s assistant after serving for Nick Price at the 2017 Presidents Cup. He has competed in five Presidents Cups (2000, 2003, 2005, 2007, 2009) and was a teammate of Els four times. The eight-time PGA TOUR winner is 13-9-2 all-time at the Presidents Cup and one of five International Team members with 10 or more match wins in the competition. In 2007, the Presidents Cup was staged in Canada for the first time, and Weir put on a show for his Canadians fans with a 3-1-1 record that was capped by a thrilling 1-up victory over Tiger Woods in Singles.

“The Presidents Cup has been a big part of my career. I grew up playing a lot of team sports and when I made my first Presidents Cup team in 2000 it was really one of the highlights,” Weir said. “So it’s been special to still be part of the team as an assistant to Nick and now Ernie. We have a long history. We’re basically the same age, we’ve played a lot of golf together so it’s going to be really fun to try to get the Internationals over the line this time.”

Of his eight PGA TOUR victories, Weir’s most triumphant moment came with his breakthrough playoff win at the 2003 Masters – one of three titles he collected that season.

“I’ve played on the same International Team with Mike on four occasions and he’s one of the most passionate guys I know when it comes to the Presidents Cup,” Els said. “I also worked alongside Mike as a captain’s assistant in 2017 and he brought a considerable amount of experience and input into our team room and provided a positive influence on our players. His presence will be invaluable as we seek to regain the Presidents Cup.”

Choi will return as an assistant for the second time after serving as vice captain to Nick Price when the Presidents Cup made its debut in Korea in 2015. A three-time Presidents Cup competitor (2003, 2007, 2011), Choi owns a 6-8 overall record and posted a 3-2 mark in 2011 at Royal Melbourne, where he partnered with fellow captain’s assistant Ogilvy to win two Four-ball matches.

“I’m personally very happy and honored,” Choi said. “You need amazing teamwork to win the Presidents Cup. It’s our role as captain’s assistants to bring together players of different nationalities and have them blend well together. It’s our role to have them open up to us and help relieve some of the pressure they might feel.”

Choi’s more than 20 professional victories worldwide included eight career PGA TOUR titles, which were highlighted by his dramatic playoff win at THE PLAYERS Championship in 2011. Considered Asia’s most successful golfer to date, Choi spent 40 weeks inside the top 10 of the Official World Golf Ranking.

“As the most successful Asian golfer on the PGA TOUR, K.J. certainly commands a lot of respect amongst our players and I believe he will fire up our guys at Royal Melbourne,” Els said. “K.J. has a calm demeanor, which will be a valuable asset in our team room and out on the golf course during the heat of battle. I’ll be counting on K.J. to impart his vast experience of being a three-time International Team member as well as a captain’s assistant when we map out our strategies during the competition.”

Els also tabbed fellow South African Immelman, who will make his debut as a captain’s assistant with two Presidents Cup berths on his resume (2005, 2007); he and Els shared one Presidents Cup appearance together in 2007. In 2017, Immelman served as the first-ever International Team Captain for the Junior Presidents Cup, which debuted at Plainfield Country Club just days prior to the Presidents Cup at Liberty National.

After competing for years in the ⁦@PresidentsCup⁩ excited to be back to help captain ⁦@TheBig_Easy⁩ bring the cup back to the internationals! 💪🏻 pic.twitter.com/r89nZyTYeB

“I’m very excited. I can’t wait really. I thoroughly enjoyed the opportunities to play in ’05 and ’07, and it was a very enjoyable time in my career,” Immelman said. “For me, I probably know [Ernie] better than any of the other people on TOUR and so hopefully that’s what I can bring to the team is the fact that I really understand the captain. I know his history, I know his record, I obviously hold him in great esteem and so maybe I can be a good conduit from players to the team captain.”

Immelman is a two-time PGA TOUR winner whose career is highlighted by his victory at the 2008 Masters, where he edged Tiger Woods by three strokes. He also teamed with Rory Sabbatini in 2003 to win South Africa’s most recent World Cup of Golf title.

“I have known Trevor for a very long time and trust him fully to know that he will be an integral element in our team,” Els said. “As a fellow competitor, Trevor is as steely as they come and I am sure this attribute will rub off positively onto our players. When I played in the same team as Trevor in 2007, he was one of our most determined players and I know he will contribute to our cause in Australia.”