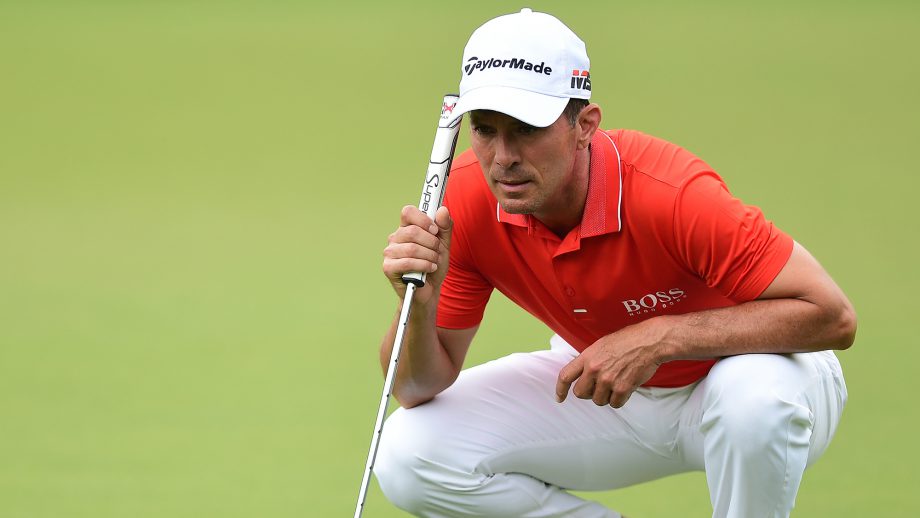 Before Mike Weir begins his time on PGA TOUR Champions in May, he threw back the clock on the Korn Ferry Tour. On a leaderboard chalk full of golf’s up-and-coming stars, many of whom are half of Weir’s age, the 2003 Masters champion was holding his own.

That never-give-up attitude has never left Weir, even when it seemed like his game had.

“My mindset was, ‘go as low as you can,’” says Weir of his T17 finish at the Korn Ferry Tour’s LECOM Suncoast Classic. It was Weir’s highest result at a PGA Tour-sanctioned tournament since 2014.

“As I approach the (PGA Tour Champions) I’ve felt a different energy and I think being around the guys at the Presidents Cup, playing with young guys on the Korn Ferry Tour, you feel like you can compete at that level. I feel good and it energizes you.”

He’s currently T3 at the LECOM Suncoast Classic, one off the lead.

Weir was one of Ernie Els’ captain’s assistants at Royal Melbourne in December, and this year he’s had an open schedule playing on the Korn Ferry Tour before he turns 50 in May.

The eight-time PGA Tour winner says he’s been working with a swing coach, Mark Blackburn, a trainer, Jason Glass, and a sports psychologist, Rich Gordon. It doesn’t sound like Weir, who is off on a ski trip before returning to action in a few weeks on the Korn Ferry Tour, is slowing down any time soon.

“Golf’s a game where you have to have everything working well. You have to have your mind in the right place. The balance in my life is good,” he says. “All those things I’ve been working hard on are paying off.”

Things were bleak for Weir just a few years ago as he battled a myriad of injuries and was in a bit of no man’s land with respect to his status on the PGA Tour.

The Korn Ferry Tour has special exemption category for golfers 48-49 before they turn 50. Since Weir has earned more than $28-million in his PGA Tour career, he was one of the highest-earners trying to play the Korn Ferry Tour out of that special category. He could pick and choose his schedule. But prior to getting to that magic number, Weir tried teeing it up wherever he could – including in Europe and Australia.

But at no point did he think of giving up.

“Even when I was really struggling I never thought that. I know what kind of player I am and I know that wasn’t what I was showing on the golf course,” he explains. “There were a number of things I had to iron out through injury and getting back through mobility and technique. I took it as a big challenge.”

Drew Weaver, who played with Weir for the first two rounds at the LECOM Suncoast Classic, says Weir had a great attitude and a renewed perspective since last year. The two met in 2007 when Weaver played The Open Championship as an amateur. At that point, Weir was 40th in the world.

“He still has a ton of game,” says Weaver. “His chipping has always been incredible and his ball-striking was great. It was nice to see him play as well as he did tee-to-green.”

Part of Weir’s inspiration – aside from the jolt he got from playing on the Korn Ferry Tour like Weaver or being in the Presidents Cup team room – is to see how well his fellow Canadians are doing on the PGA Tour.

He was travelling all day Sunday during Nick Taylor’s win at the AT&T Pebble Beach Pro-Am, but he got to his hotel in time to watch Taylor play No’s 17 and 18 and seal the deal. The tournament, where Weir finished runner-up twice – in 2005 and 2009 – is an important one, Weir says, and he was thrilled to see a Canadian lift the trophy.

JERSEY CITY, NJ – SEPTEMBER 28: (L-R) Mike Weir of Canada and Captainís Assistant of the International Team and Adam Hadwin look on during the Thursday foursomes matches of the first round of the Presidents Cup at Liberty National Golf Club on September 28, 2017, in Jersey City, New Jersey. (Photo by Scott Halleran/PGA TOUR)

Taylor’s win got him into the Masters. For just the second time ever, there will be a foursome of guys waving the red-and-white at Augusta National.

“For a number of years it’s just been myself and one other guy and sometimes two. You get more numbers there, you have more chances to win,” Weir says.

And, he’s not counting out the potential for another addition.

Weir points to the success Australian and South African golfers have had on the major championship stage.

“We have that kind of talent,” says Weir. “Someone is going to break through here and win a major championship sooner rather than later. It’s been a long time since I’ve won so we’re due for someone else to do it.”

While it’s unlikely Weir will be competing at other majors other than the Masters – never say never, though – he’s got a strong focus on where he will be moving forward.

He says he has no plans to play more Korn Ferry Tour events after he turns 50, but he’ll mix in a few before May. He’s also playing the Corales Puntacana Resort & Club Championship on the PGA Tour before heading to Augusta. Canadian fans will see Weir at the RBC Canadian Open in June, too.

HAMILTON, ONTARIO – JUNE 06: Nick Taylor of Canada shakes hands with Mike Weir of Canada and David Hearn of Canada after their round in the first round of the RBC Canadian Open at Hamilton Golf and Country Club on June 06, 2019 in Hamilton, Canada. (Photo by Mark Blinch/Getty Images)

Meanwhile, he’ll celebrate the graduation of his eldest daughter from university in late-April. His youngest daughter has just begun university herself, so Weir is becoming an empty nester like most parents his age.

But most parents don’t have the opportunity to re-start their career at 50 with a renewed sense of optimism (or a Green Jacket).

“I’m not saying there wasn’t frustrating moments, but my brain doesn’t work that way,” says Weir of the last few years. “I always believed that I was going to find a way to get better and get it done and find a way back out of it.”