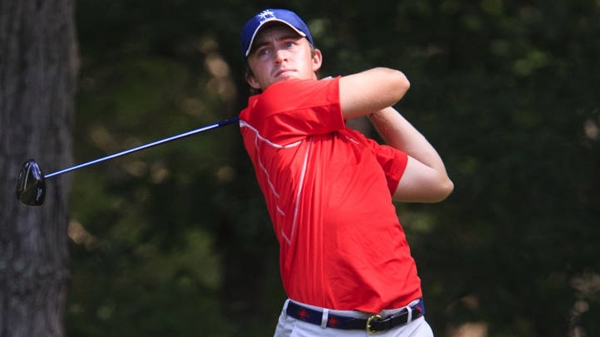 REUNION, Fla. – Baltimore’s Brad Miller and Clark Klaasen of Grand Rapids, MI were the only two players at even par or better when the third round play was suspended due to darkness at PGA Tour Canada’s Florida Qualifying Tournament at the Jack Nicklaus Signature Course at Reunion Resort on Thursday.

Thursday’s play saw the completion of round 2, which was pushed back due to thunderstorms that halted play on Tuesday, and the start of round three in the Qualifying Tournament, which will see 18 players earn exempt status on PGA Tour Canada for 2014, with the rest of the top 40 plus ties earning conditional status.

Once again, windy conditions made the Nicklaus Course a tough test, with just four players – Miller, Dan McCarthy, Evan Beirne and Bruce Woodall, who all shot 1-under 71 – breaking par for the round.

“Anything under par on that course is pretty good regardless of the conditions, so when it’s windy like it has been, it’s really tough out there,” said Miller, a University of Richmond grad. “Even when you had a downwind hole, it was hard to hold the green, let alone get it close to the hole.”

The demanding conditions were reflected in the scores of the field, which averaged 78.07 over the first two days. Zero players have broken 70 for the week, with the cut-off number for exempt status sitting at 4-over and conditional status at 8-over through 36 holes.

Third round play is set to resume Friday at 8 a.m., with Klaasen, Miller and Ryan Brehm set to go off in the final group at 11:49 a.m.