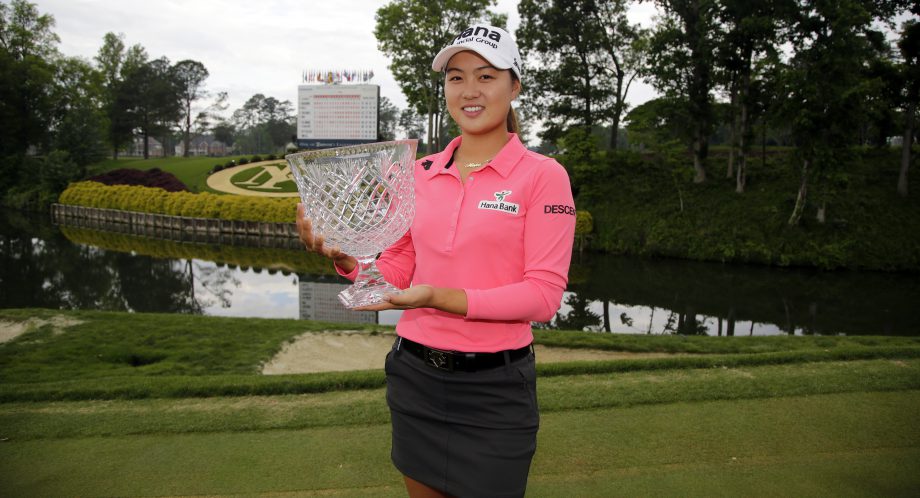 WILLIAMSBURG, Va. – Minjee Lee shook off a three-putt bogey on her first hole with two finishing pars and won the Kingsmill Championship by two shots Monday, her first victory on the LPGA Tour.

Lee, an 18-year-old Australian, finished at 15-under 269. She surged into the lead on Sunday with a round highlighted by a five-hole stretch that she played in 5 under and returned to the Kingsmill Resort’s River Course on Monday morning with a four-stroke lead.

She three-putted her first hole, the 16th, but rallied with a pair of pars.

So Yeon Ryu started her day with three consecutive birdies and finished second, with Alison Lee another shot back.

Canada’s Brooke Henderson tied for 25th at 3 under par.