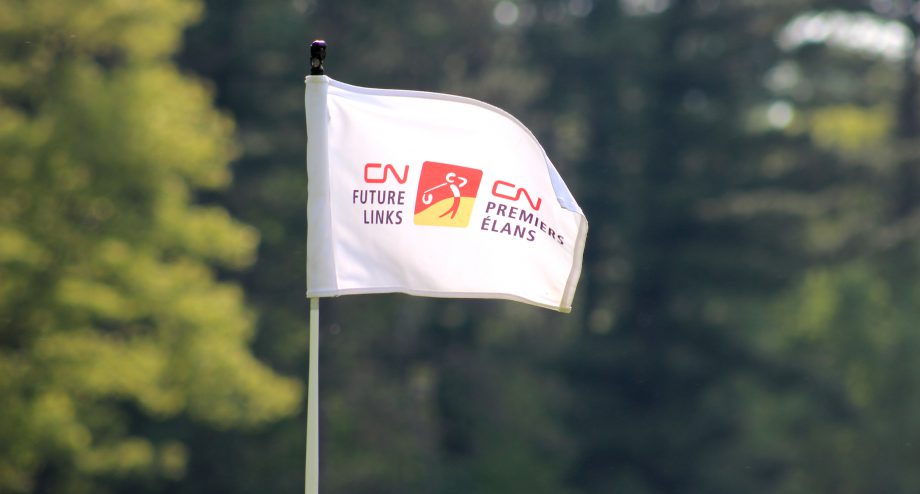 Chun of Richmond Hill, Ont., shot 1-under 69 to improve upon her opening-round 72. The 15-year-old tallied four birdies, including two back-to-back on holes 13 and 14, en route to a 1-under 35 across the back nine.

The low round of the day in the Junior Girls division came courtesy of Ellie Szeryk. The dual-citizen and product of London, Ont., collected six birdies and finished 2-under 68 to climb into a share of 5th. Chloe Currie of Mississauga, Ont., and Kathrine Chan of Richmond, B.C., are T12 and T17, respectively.

The Junior Boys’ top-spot is split between James Parsons of Almonte, Ont., and Brandon Lacasse of Châteauguay, Que. The pair sit 2-over 142 and hold a one-stroke advantage after matching 70s on the day.

Jake Bryson of Dunrobin, Ont., is third following a 73. The 16-year-old was one of three players to collect an eagle on the day. Two Ontarians – Thomas Code of Dorchester and Toronto’s Tyler Nagano – are tied at 4-over to complete the Top-5 in the Junior Boys division. Men’s Development Squad member Thomas ‘Jack’ Simpson (Aurora, Ont.) is part of a six-way tie for 21st.

The top six finalists in the Junior Boys division will earn exemptions into the 2016 Canadian Junior Boys Championship at Clovelly Golf Club in St. John’s, N.L., from August 1-4. Exemptions will be decided via a hole-by-hole playoff in the case of ties. All competitors in the Top-6, including ties, in the Junior Girls division will gain exemptions into the Canadian Junior Girls Championship. The tournament will be held August 2-5 at The Links at Penn Hills in Shubenacadie, N.S.

The second day of competition will see the Junior Boys division tee-off at 7 a.m. before the Junior Girls take to the course at 11:10 a.m. Additional information, including pairings and up-to-date scoring is available here.