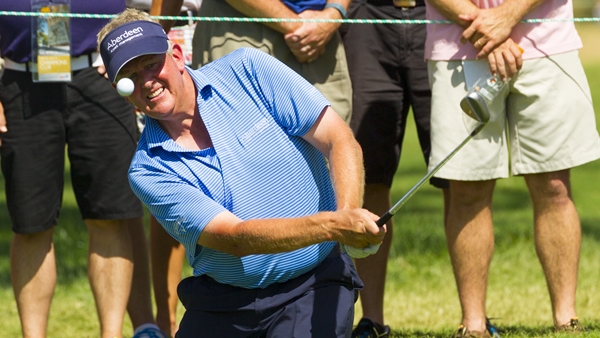 EDMOND, Okla. – Colin Montgomerie remains in front after the second day of action at the U.S. Senior Open.

The Scotsman had an even-par 71 on Friday and is 6 under for the tournament, good for a one-stroke lead over Scott Dunlap.

A few golfers remained on the course as of 8 p.m. EDT, but the leaders had finished.

Bernhard Langer took sole possession of the lead with a birdie on 14, but netted bogeys on 15, 16 and 18 to finish tied for third at 4 under. He is tied with Gene Sauers, who shot 69 on both the first two days.

Canada’s Rod Spittle shot a 78 Friday and dropped into a tie for 55th at 7-over 149. Spittle was event after the opening-round and despite the lackluster second round he’ll stick around for weekend action after making the cut on the number.