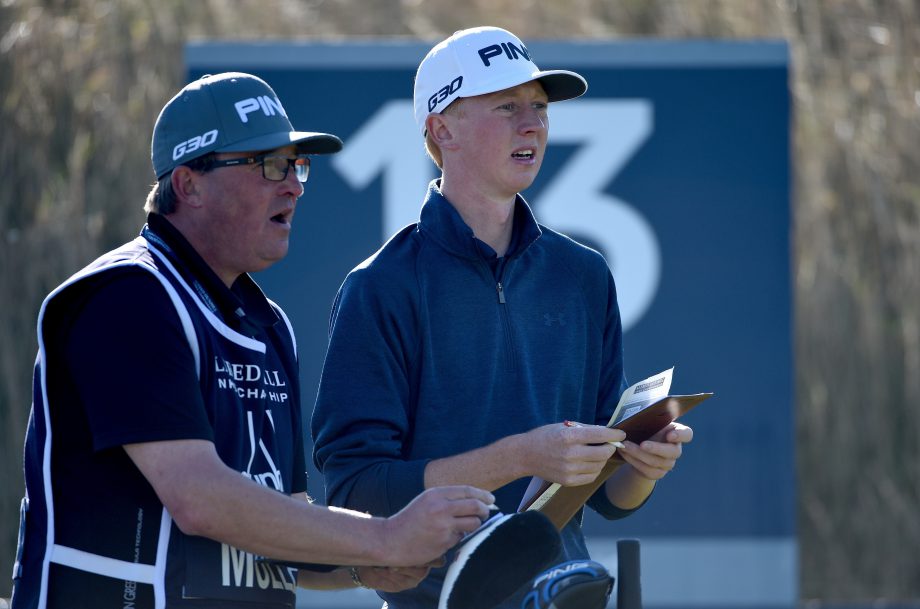 ST. ANDREWS, Scotland – Jimmy Mullen and Paul Dunne both marked their professional debuts with an 8-under 64 to grab a share of the lead after the first round of the Alfred Dunhill Links Championship.

Mullen and Dunne went pro after helping Britain and Ireland beat the United States in the Walker Cup last month but looked like seasoned veterans at Kingsbarns. Dunne started with a bogey on the 10th hole, but then had a hole-in-one on the par-3 15th to get his round going. He added another six birdies, including three straight from the second.

“I kind of needed it,” the Irishman said of his ace. “I got off to a bit of a ropey start.”

Mullen, a 21-year-old Englishman had a similar round which also contained eight birdies and an eagle to go with two bogeys at Kingsbarns. They were tied with Kristoffer Broberg of Sweden, who had eight birdies in a flawless round at St. Andrews. The tournament is split between three courses, with players alternating between St. Andrews, Kingsbarns and Carnoustie.

“I’ve been looking forward to getting started as a pro for a while,” Dunne said. “No better place to do it than on a links-style course like this.”

Kingsbarns saw 12 of the 15 lowest scores on the opening day, while Martin Kaymer had the joint-best round at Carnoustie with a 68.

Soeren Kjeldsen, Richard Bland and Anthony Wall were in a tie for fourth, a shot behind the leaders.

Defending champion Oliver Wilson had only managed a 74 at St. Andrews