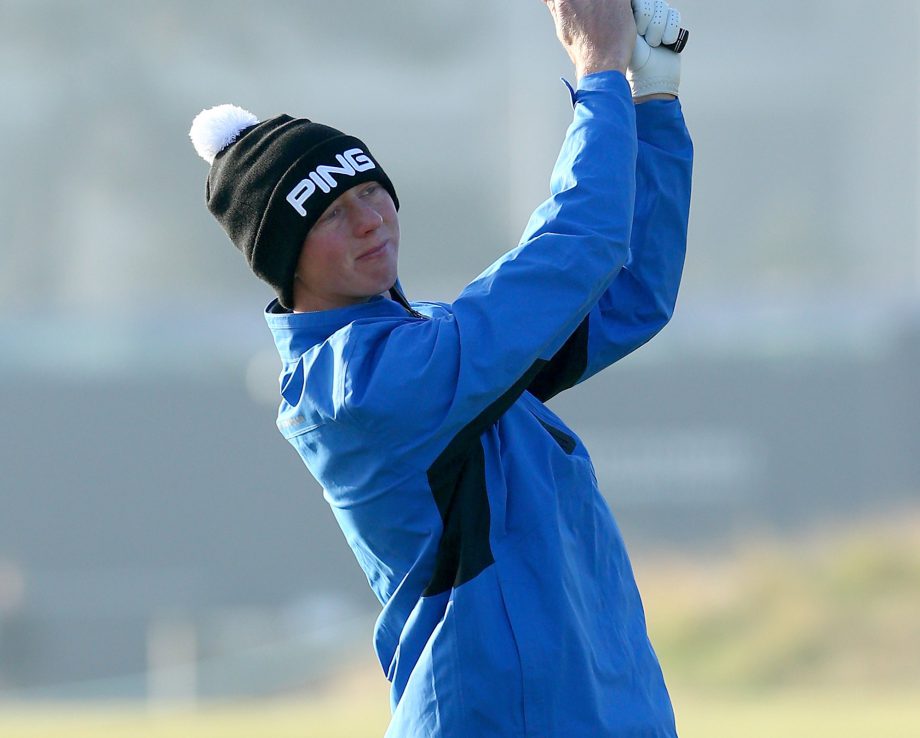 ST. ANDREWS, Scotland – Jimmy Mullen and Anthony Wall shared a one-stroke lead after the second round of the Alfred Dunhill Links Championship on Friday.

Overnight co-leader Mullen, who is making his professional debut, added a 3-under 69 at St. Andrews to his opening 64 at Kingsbarns to finish on 11-under 133 alongside fellow Englishman Wall.

The tournament is split between three courses, with players alternating between St. Andrews, Kingsbarns and Carnoustie.

“I’m just out there trying to enjoy it and learn really, and to be top of the leaderboard I can’t really explain it,” said Mullen, who had five birdies and two bogeys on the Old Course. “I’m still a bit like, ‘There’s (Martin) Kaymer’ and other people like that.”

The 21-year-old Mullen turned professional after contributing four points to September’s Walker Cup victory over the United States, becoming the first Britain and Ireland player to compile a perfect 4-0 record since Paul Casey and Luke Donald in 1999.

Wall shot a 4-under 68 at St. Andrews with seven birdies and three bogeys.

The lowest rounds of the day came at Kingsbarns, where Bradley Dredge and Kiradech Aphibarnrat both shot 9-under 63 to finish 8 and 6 under, respectively.

That represented an improvement of 10 shots on his opening round at Carnoustie for 42-year-old Welshman Dredge.

“I’ve been playing golf a long time and haven’t got a clue anymore,” said Dredge, who carded two eagles and five birdies in a flawless round.

Defending champion Oliver Wilson could only card a second consecutive 74 to lie 4 over.

Richard T. Lee of Toronto sits T102 after a second-round 4-under 68 performance.