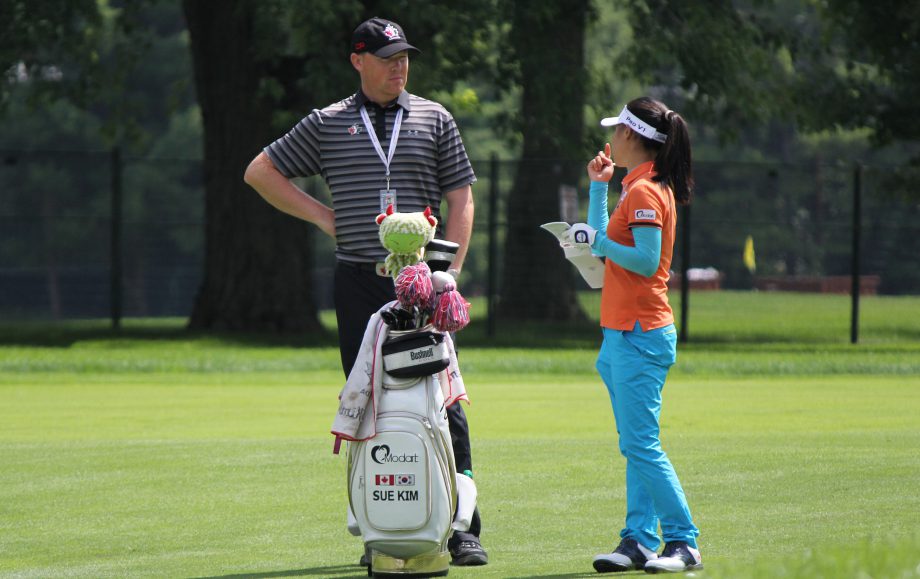 Although Team Canada’s Tristan Mullally can recite every line of Caddyshack, his busy days on the course are very far from Journey songs and chasing gophers.

Rather, he relates more to giving the game everything you have, and in turn it will give it back to you—a philosophy he passes on to the women of Team Canada’s National Squad.

Mullally, a native of Straffan, County Kildare, took over the reigns as Team Canada Women’s Head Coach in 2011. Since that time, the PGA of Canada Class ‘A’ member has imparted his work ethic to five different National Squads (with a sixth to be announced in late September).

Among the athletes, Mullally has shared many successes that helped pave the way for Canada’s next generation of elite golfers. Most notably, Mullally is recognized for helping Canadian teen sensation Brooke Henderson of Smiths Falls, Ont., in her journey to the LPGA—something he doesn’t take lightly.

“Brooke is a special player; we knew that ever since she joined our program in 2011. It’s been a privilege to coach her, along with all the other girls on our National Squads, who have racked up many impressive results of their own.”

“The program extends the support of the National Team staff to our elite young amateurs as they make the difficult transition to the professional ranks,” said the 2014 Petro Canada Coaching Excellence Award winner. “Sure, my schedule got busier, but I am behind the initiative one-hundred percent—it is a big part of the goal of placing our athletes amongst the world’s best.”

On top of Team Canada’s professional success, Mullally’s strategy continues to focus on developing the National Amateur Squad—which also garnered impressive results this year, including wins at the Ontario and Alberta Amateur Championships, as well as on the Cactus Tour.

As anticipated, both Brittany Marchand of Orangeville, Ont., and Jennifer Ha of Calgary turned professional in late August—following the upward trend outlined for Team Canada’s athletes. It also signifies a transition period for the team, with the selection process underway for 2016/17.

“It’s always an exciting time of year for the coaches, as we get to reflect on the success of the athletes and look forward to welcoming new players, new personalities and new challenges into our program,” said Mullally.

Details on next year’s Team Canada are expected to be announced in early October. Selection criteria can be viewed here.