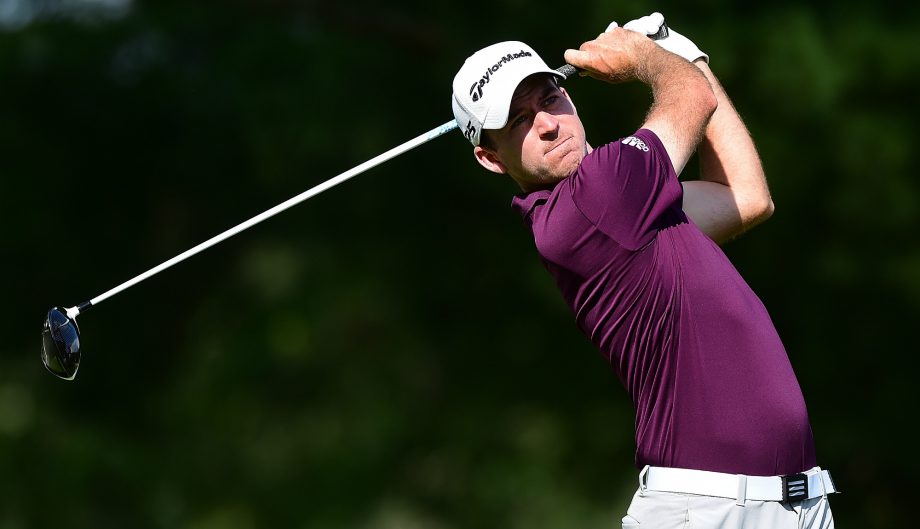 PGA Tour rookie Sebastian Munoz has found a comfortable routine at The Greenbrier Classic _ go play golf, then watch a movie at night.

After catching “Ferris Bueller’s Day Off” following an opening-round 61, Munoz kept it going Friday, shooting a 3-under 67 for a three-stroke lead over Ben Martin and Hudson Swafford heading into the weekend on the Old White TPC.

On Friday night, his plans were the same.

“I’m here with one of my best buddies, so we’re just going to hang out and watch a movie and be ready for tomorrow,” Munoz said.

Munoz has been in this situation before. At the St. Jude Classic last month, Munoz was tied for the lead through 36 holed, but he played the final two rounds in 11 over and finished tied for 60th.

“I feel like Memphis taught me that maybe I was caring too much, trying to hit too many perfect shots all the time,” Munoz said. “(I’ll) just take those past experiences and use them this week.”

The 24-year-old Colombian played his college golf at North Texas and said he got a wake-up call when his coach threatened to take away his scholarship for his senior year. Then, former college teammate Carlos Ortiz won three times in his first season on the Web.com Tour in 2014.

“I talked to him and was like, ‘Hey, man, I know you’re good, but come on. Like, I can get you sometimes,”’ Munoz said. “So that really helped me kind of push through and realize I was good as well.”

“I just feel comfortable.”@jsmunozgolf takes a three-shot lead into the weekend. pic.twitter.com/YRTKFlRzft

Starting his second round on the back nine, Munoz birdied four of his first seven holes, making three putts of over 20 feet. After two bogeys on the front nine, he made a 13-footer for birdie from the fringe on the par-4 seventh. He was at 12-under 128.

No first-round leader has won at Old White TPC since the tournament debuted in 2010. Munoz’s closest challengers all have victories on tour.

Swafford, who hit 17 of 18 greens in regulation Friday, won the CareerBuilder Challenge in January and has two other top 10 finishes this season.

Martin, who won in Las Vegas in 2014, is coming off his first top 10 finish of the year last week at the Quicken Loans National.

Davis Love III, seeking to become the oldest-ever winner on the PGA Tour, followed up his first-round 63 with a 69. He was at 8 under, along with defending champion Danny Lee (68) and Russell Henley (64).

Phil Mickelson accomplished one thing he never managed with longtime caddie Jim “Bones” Mackay on the bag – he made the cut at The Greenbrier Classic. He did not play the weekend in three previous starts.

Mickelson had five bogeys and three birdies to shoot 72 and make the cut on the number at 1 under.

“This has been probably the two worst putting days I’ve had this year,” Mickelson said. “The greens are perfect. I just haven’t putted well.”

Mickelson and Mackay announced after the U.S. Open they were parting ways. Tim Mickelson is carrying his brother’s bag for the rest of the year. Mackay has signed to do on-course commentary for NBC and Golf Channel.