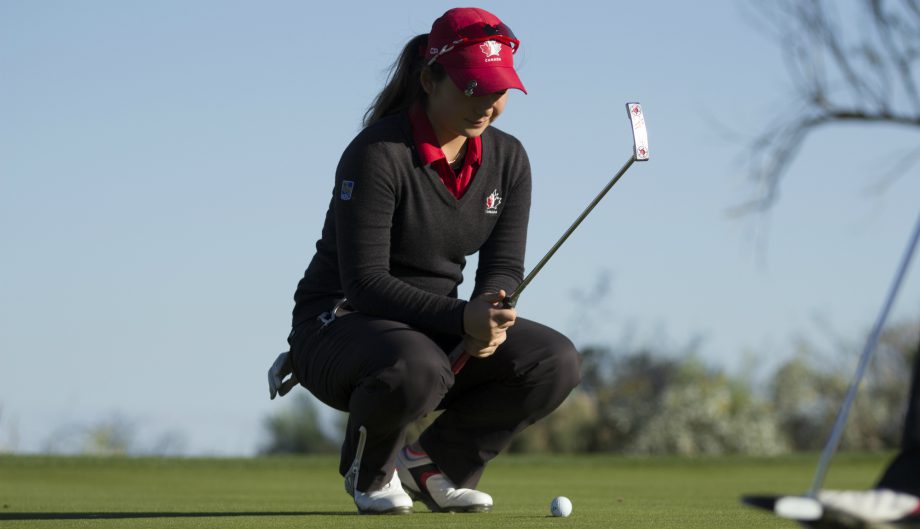 After entering Friday in a tie for first, Team Canada Amateur squad member Naomi Ko finished solo third at 1 under par at the Porter Cup at Niagara Falls Country Club, in Lewiston, N.Y.

Ko had a difficult start to the final round, not making a par until hole No. 7. Three bogeys, a double bogey, and two birdies put her at 3 over par.

From then on Ko settled in and was 1 under par on her final 11 holes to card a 2-over-par 74. It would prove to be too late as the Philippines Lois Kaye Go was nearly flawless on Friday.

Kaye Go recorded eight birdies—including four straight on the back nine—to card a final-round 65 (-8) and sit at 8 at under for the championship, six shots clear of second place Waller.

Chun recorded her best score of the tournament Friday with an even par 72 while Lee carded a 1-over-par 73.

Kelsey Sear (Unionville, Ont.) finished T20 at 5 over par and one stroke back of her was Alyssa DiMarcantonio (Maple Ont.) finishing T22 at 6 over par.

Chloe Currie – the third member of the Development Squad in Lewiston – finished 57th after a final round 85.