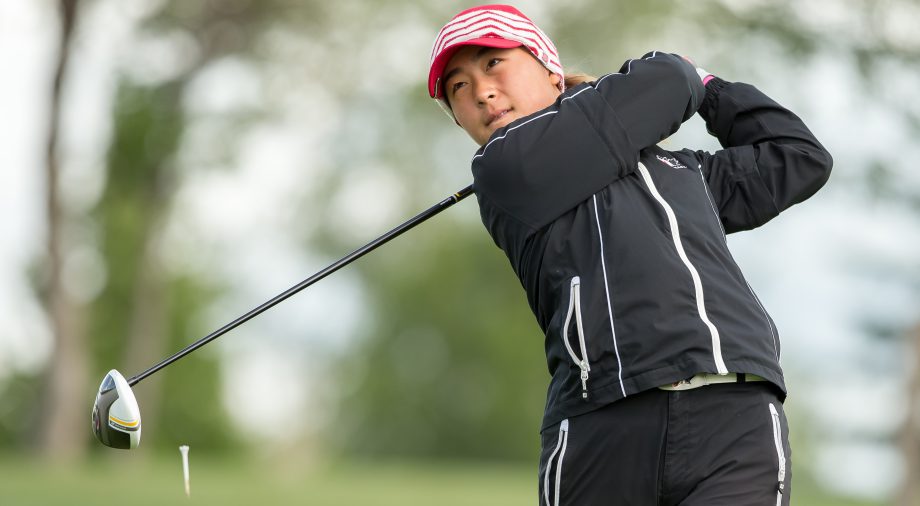 World No. 1 Lydia Ko will have some Canadian Ko-mpany at this summer’s U.S. Women’s Open. Victoria, B.C.’s Naomi Ko — no relation — has qualified to play in the biggest event in women’s golf. And it wasn’t easy.

Ko, an 18-year-old member of Canada’s national golf team who just completed her freshman year at North Carolina State University, topped a field of 48 players to earn the only spot up for grabs at a sectional qualifier Monday at The Home Course in Dupont, Wash., south of Tacoma.

Ko shot rounds of 74 and 67 to post a 36-hole score of three-under 141 and topped the field by two shots. She made four birdies on the back nine of her second round to overtake Caroline Inglis of the University of Oregon.

Now she prepares to play in the U.S. Women’s Open, which goes July 7-10 at CordeValle Golf Course in San Martin, Calif.

Ko had made three previous attempts to qualify for the U.S. Open.

“I’ve played in a lot of U.S. Open qualifiers before and never played well,” she told the Tacoma News Tribune after her round. “I just think it was because of my lack of experience, and being around (professionals) and not feeling … as good as them.

“This means a lot,” Ko said. “It will be something I can work toward throughout the summer, and have a goal.”

After three years on Golf Canada’s national development squad, Ko was named to the national team earlier this year. Last year, she tied for second at the Ontario Women’s Amateur, placed third at the Canadian Junior, tied for fifth at the B.C. Women’s Amateur and made it to the quarter-finals of the U.S. Junior Girls Championship. Ko won the 2014 B.C. Junior Girls title.

Ko, who plays out of Royal Colwood Golf Club, was named Sport B.C.’s Junior Female Athlete of the Year for 2014.