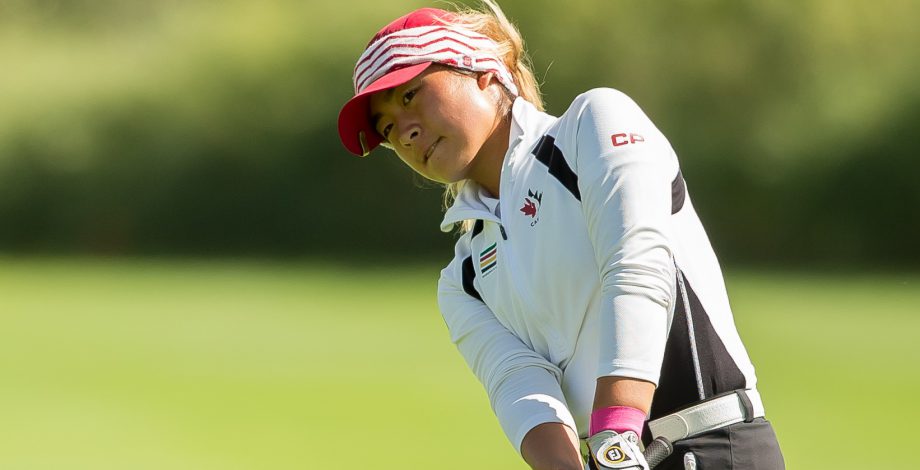 Ko, who just completed her freshman year at North Carolina State and who is a member of Team Canada, carded a 1-under par 71 at Langdon Farms Golf Club.

The Cambia Portland Classic will be held June 30-July 3, at Columbia Edgewater Country Club in Portland, OR and will be Ko’s first LPGA tournament.

Sydney Maluenda of George Fox University finished second with a round of 72 and UCLA signee Mariel Galdiano finished third at 74 earning opportunities to compete in the tournament’s Monday qualifier alongside professionals.  The qualifier will be held on Monday, June 27.  The top two finishers from the Monday qualifier will earn entry into the tournament proper.  2015 Tournament Champion Brooke Henderson of Smiths Falls, Ont., earned a spot in the event through the Monday qualifier last year and went on to win the event by eight shots over a strong field, for her first LPGA victory.

Ko recently qualified for the U.S. Women’s Open which takes place the week after the Cambia Portland Classic.  She finished 5th in the ACC tournament this season.

Ko, who knows Henderson from Team Canada, has actually roomed with her on occasion.

“I’m really excited to be playing in the Portland Classic,” said Ko.  “I know Brooke (Henderson) won it last year and look forward to seeing her here this year.”

Last year’s Amateur Open winner, Gigi Stoll, a Beaverton High School graduate, who just completed her freshman year at the University of Arizona, was unable to defend her title, shooting a 77 to finish three shots out of contention.  In 2015, Stoll set a course and tournament record with a 9-under par 63 at Langdon Farms.

The Cambia Portland Classic will take place at Columbia-Edgewater Country Club in Portland, OR, from June 30-July 3, 2016.  The 72-hole tournament features a purse of $1.3 million and broadcast coverage on the Golf Channel for all four rounds.  Brooke Henderson won the 2016 tournament, setting a new 72-hole tournament scoring record at 21-under par. Henderson became just the second player and first since 2000 to Monday qualify for an LPGA Tour event and go on to win. One of the hottest rising stars on the LPGA, Henderson has moved up to the 4th spot on the Rolex Rankings list of the world’s top women golfers.

Volunteer applications and Tickets to the Cambia Portland Classic are available now at www.portlandclassic.com.