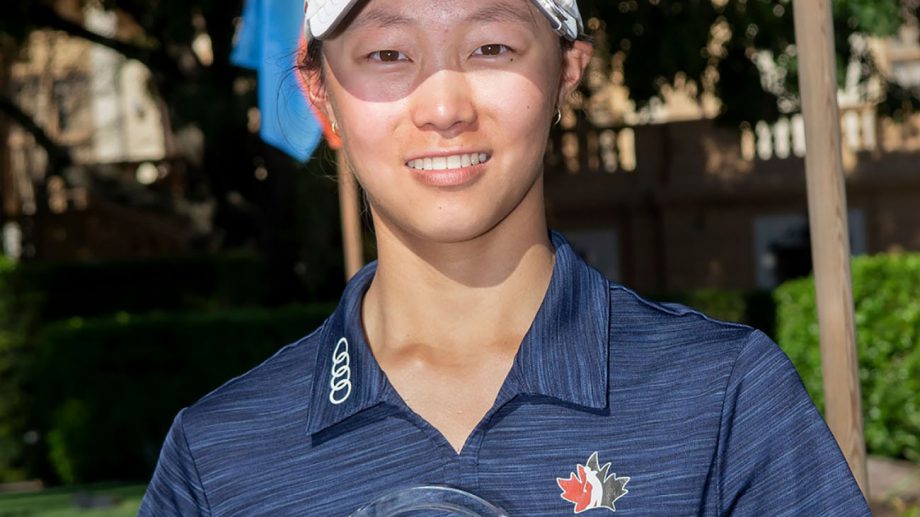 The 16 year old from Richmond Hill, Ont., finished 7 under for the 72-hole tournament on Wednesday, three strokes ahead of Antonia Matte of Chile.

Zhu, a member of Golf Canada’s national team, was the Canadian junior girls champion in 2019. She also tied for eighth at the Orange Bowl that year.

Zhu took a three-shot advantage into the final day, but saw Matte use four birdies in a seven-hole stretch to close within one with six holes remaining. Two bogeys down the stretch, though, kept Matte from getting any closer.

“I think I understood what I had to shoot,” Zhu said, “and I was just trying to shoot that as best as possible.”

In the Orange Bowl boys event, Jean-Philippe Parr of St-Celestin, Que., was third, seven shots behind winner Sebastian Moss of the U.S.

Zhu goes into the books as Canada’s third champion, following Henderson and Maude-Aimee LeBlanc (2006). With this championship, she ends a winless drought that had reached 17 months and prompted a swing change over the summer.

“It was frustrating that I couldn’t play like I’m capable of playing,” said Zhu, whose most recent win had been the 2019 Canadian Junior Championship. “I couldn’t show it in my scores. That was the most frustrating part. But I’m glad that I’ve settled it and pretty much got my golf in check.”

The Golf Championship is one of 15 athletic, artistic and cultural events that make up the Junior Orange Bowl International Youth Festival, which celebrates its 72nd anniversary in 2020-21. The festival draws more than 7,500 youth participants to South Florida’s community each year.