Near flawless Lexi Thompson wins wire to wire at Kingsmill 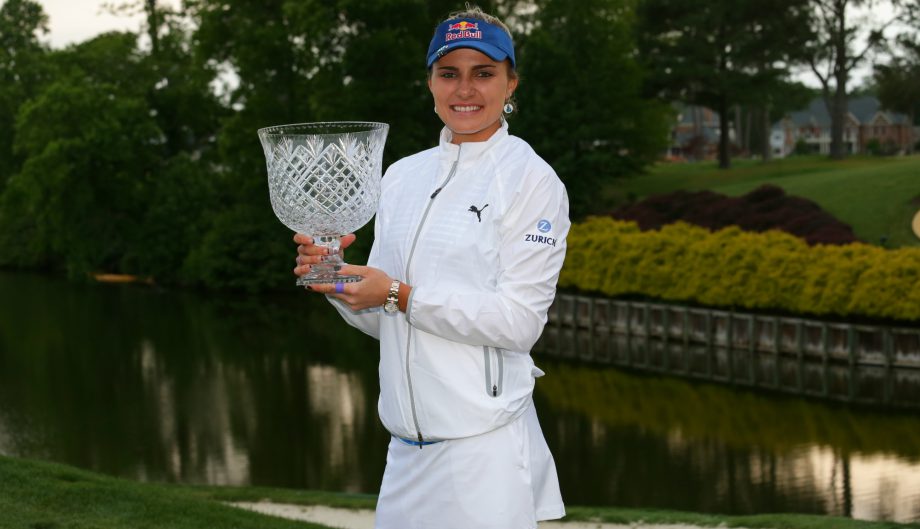 Lexi Thompson shot a 6-under 65 on Sunday to finish off a wire-to-wire victory in the Kingsmill Championship with a tournament-record 20-under 264 total.

Thompson broke the tournament record of 19 under at Kingsmill’s River Course set by Annika Sorenstam in 2008. The victory came in Thompson’s third event since she lost the ANA Inspiration in a playoff after being penalized four strokes for a rules violation reported by a television viewer during the final round.

The victory, Thompson’s eighth, gave her at least one in five consecutive seasons. That matches top-ranked Lydia Ko for the longest streak on tour.

In Gee Chun, playing with Thompson, shot a bogey-free 67, but was no match for the leader, finishing five shots back. Thompson also was bogey-free and finished the tournament with just two bogeys, both on the par-3 17th hole.

“I had great round today,” Chun said, “… but she play was so good. Really enjoyed play with her. So I learn a lot from her today.”

Thompson began the day with a three-shot lead and quickly added to it, rolling in long birdie putts on the par-4 first hole and the par-5 third.

Chun used birdies on the third, par-4 fifth and par-5 seventh to get within two shots, but Thompson answered with a birdie at the par-4 ninth and then made three birdies in a four-hole span on the back nine. She eclipsed Sorenstam’s record with a birdie on the par-5 15th, pushing her lead to five shots.

With this birdie putt on 14, @Lexi Thompson’s lead goes back to 4 @KingsmillLPGA.

Angela Stanford closed with a 66 to finish third, and Danielle Kang was fourth after a 68.

The top-ranked Ko began the day five strokes off the lead, and shot 73 to tie for 10th at 7 under. She is winless since last July.

Smith Falls, Ont., native Brooke Henderson was the top Canadian, finishing in a tie for 15th, at 5-under par. Henderson recorded four straight under par rounds. After going out in a 1-under par, 35 on Sunday, she was unable to make any birdies on the back nine, carding a 1-under par 71.