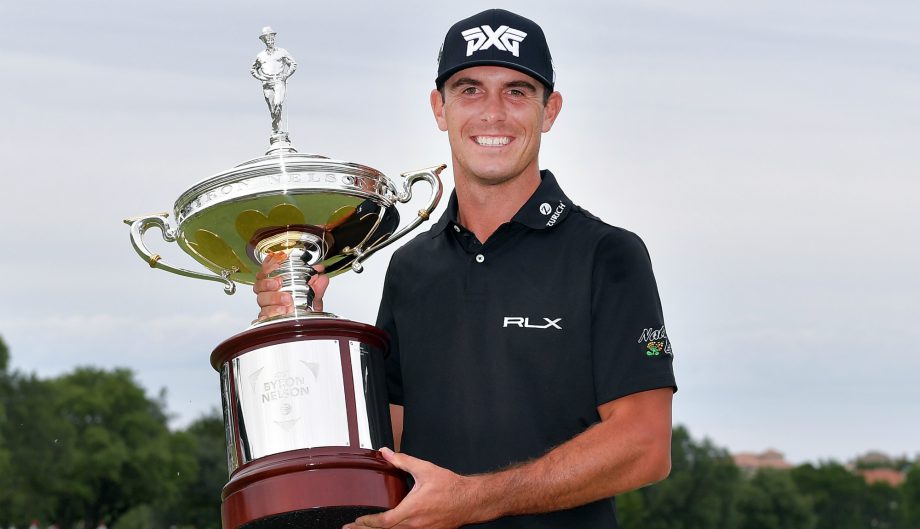 Billy Horschel won the AT&T Byron Nelson with a par on the first playoff hole Sunday after Jason Day pulled his 4-foot par putt left and past the hole.

That miss by Day almost wasn’t even needed for Horschel, whose 36-foot birdie chance was rolling straight toward the centre of the cup before stopping just short. He won for the fourth time on the PGA Tour and for the first time since taking the 2014 Tour Championship for the FedEx Cup title.

It's his first PGA TOUR victory since 2014. ? #QuickHits pic.twitter.com/iqqsGB1fCe

Third-round leader James Hahn finished a stroke back after shooting 71. He just missed a miraculous eagle at the 18th hole that would have gotten him in the playoff with his playing partners.

Because of early morning rain that delayed the start Sunday, threesomes were used instead of the usual weekend twosomes. No one outside of that final group made a real charge to contend with the final trio.

The playoff wrapped up the Nelson’s 35th and final tournament in Irving. The event will shift next year to the new links-style Trinity Forest Golf Club south of downtown Dallas.

The tournament was first played in Irving in 1983, but its roots go back to 1944 as the Texas Victory Open at Lakewood Country Club, where Byron Nelson won a year before his streak of 11 PGA Tour victories in a row. In 1968, the tournament became the first named after a PGA Tour player.

Day, who got the first of his 10 PGA Tour victories at the 2010 Nelson, had the lead alone only once. He pitched in a 78-foot shot from the rough by the greenside bunker for a birdie at the 477-yard 15th, after two horrible shots to get in that position. His tee shot went into the rough to the far right under the trees, and his approach set up an awkward stance.

Making birdie from THERE? Ridiculous!

WHAT A SHOT! #QuickHits pic.twitter.com/yJl4JdtT5M

But at the par-5 573-yard 16th, the easiest hole at TPC Four Seasons, Day’s wayward tee shot hit a spectator. After making sure the woman was OK, his approach shot settled pin high on the green but a 9-foot birdie chance curled by the hole. Horschel, who earned $1.35 million, also got to that green in two, and two-putted from 44 feet for a tying birdie before they both parred the last two holes.

Hahn almost matched them at 12 under when his approach from 122 yards at the 18th hit on the green, spun back and skimmed over the edge of the cup. He made the 4-foot birdie putt to finish alone in third, ahead of Jason Kokrak.

.@JamesHahnPGA needed to hole THIS to have a chance at a playoff.

The reactions say it all. #QuickHits pic.twitter.com/Ic1ezB3PMF

Kokrak went into the weekend with a five-stroke lead, the largest ever after 36 holes at the Nelson. But he shot 72 on Saturday and closed with a 70 to get to 10 under.

Defending champion Sergio Garcia had birdies on six of his last eight holes Saturday to get within four strokes of the lead. But he was as quickly out of contention after giving back four strokes in a three-hole stretch early in the final round when he missed three putts of 5 feet or less on Nos. 2-4. His closing 74 put him 4 under and tied for 20th.

During the stretch when Hahn fell behind his playing partners, Horschel rolled in a 60-foot birdie putt at the par-4 14th after his poor approach that led him to toss his club in the air.

Hahn was leading alone again for the first time since the second hole, by one stroke over his playing partners, after making a 15-foot birdie off the fringe at the 312-yard 11th hole to go to 13 under.

After Day and Horschel bogeyed the 452-yard 12th, Hahn missed a chance to extend his lead there. But his 5-foot par putt curled around the cup, the first of his three consecutive bogeys that knocked him out of the lead for good.

Nick Taylor, of Winnipeg, Manitoba, was the top Canadian, finishing T9, after a bogey free, 5-under par 65 on Sunday. Taylor will jump 15 spots in the FedEx Cup rankings from 85th to 70 thanks his third top-10 of the season.

His best result of the season was a T8 at the Wells Fargo Championship, from May 4-7 at Eagle Point Golf Club, in Wilmington, N.C.