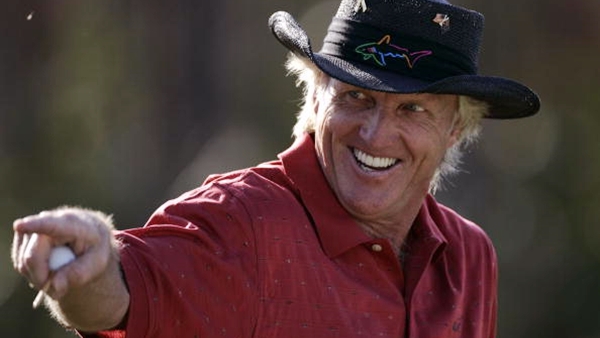 NAPLES, Fla. — The Franklin Templeton Shootout has had a makeover.

Greg Norman’s tournament has a new format, course look and TV partner and will run from Thursday-Saturday instead of Friday-Sunday.

“I completely understand the idea that the scramble format, there’s not a whole lot of separation that happens,” Kuchar said. “You don’t get the big differences in scores. The best ball, you might have guys go 2-under to 12-under, or even better.”

For the first time, Fox Sports is getting into the golf business. Norman will join Joe Buck in the broadcast booth. They also will work the U.S. Open this summer.

The switch to Fox forced the Saturday finish. After Saturday’s broadcast, Buck will fly to Seattle to work the Seahawks’ game against the San Francisco 49ers.

“I come at this as a guy who just loves the game and loves to play and loves to be out with friends and try to get better at this game,” Buck said. “I’ve been doing this for a long time now and I’ve gone from being the kid and trying to prove myself in baseball and football to somebody who’s done it for a long time and I think I understand TV.

“Greg knows the golf part of it I think together we’ll make this thing work.”

Norman calls the broadcasting venture one of the top five things he has done in his life.

“I think going in I’ll be as nervous as I was walking the first tee at Augusta National and teeing it up for the first time,” he said.

With several greens showing early signs of disease, both of the Norman-designed Tiburon courses will be used. The front nine will start on Tiburon’s Black course, using holes 1-7 and 17, 18. Closing holes Nos. 13-18 will remain the same on Tiburon’s Gold course.

“The greens on one side were suffering,” Ian Poulter said. “So to move it to play nine holes on the other course actually is the first time I’ve played it and it’s a lot of fun. It’s very tight, very tricky. So if you put it in play, you’re going to make plenty of birdies. But it’s easy to get out of position, so from that standpoint it’s good, it’s a good change.”

English and Kuchar are teaming again in the 12-team field.