New partners for DeLaet and Els 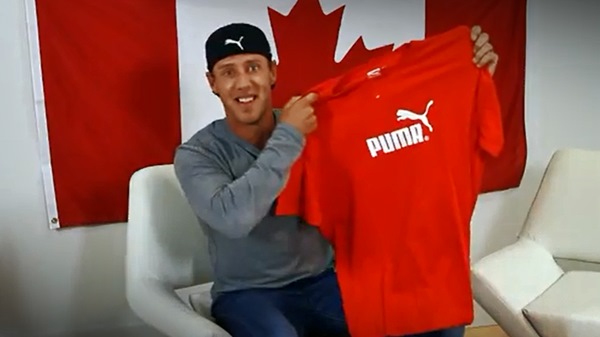 Graham DeLaet garnered national and international notoriety in 2013 for his steady play and ascent in the world rankings. His top performances in 2013 included a second place finish at The Barclays, taking third at the Travelers and Deutsche Bank Championships, and 12 more Top 25 finishes. DeLaet ended the 2013 year ranked 36 in the world.

The Weyburn, Sask. native will kick off the 2014 season at the Farmers Insurance Open January 23, 2014. This will mark the first tournament during which he will hit the course fully suited in PUMA Golf apparel, accessories and headwear. Showing true patriotism, DeLaet will play in Canada’s national colors – red and white – every Sunday on Tour.

“PUMA Golf is a great fit for me and I couldn’t be more excited to be part of the team,” said DeLaet. “I have always been a fan of the brand and the innovative combination of function and fashion they bring to the game.”

“Graham DeLaet is a perfect fit for the PUMA Golf team,” said Bob Philion, president of COBRA PUMA GOLF. “He is a world class performer who brings a fresh look to the course, making him the perfect representation of the style and performance blend that PUMA Golf embraces. We
are excited to support Graham as he continues his success on Tour and embodies the PUMA Golf energy on and off the course.”

DeLaet’s caddie, Julien Trudeau – a native of Montreal and runner up at Big Break Ireland – will also be sporing PUMA apparel and footwear.

Adams Golf has signed four-time major champion Ernie Els to a multi-year agreement where he will use a range of the company’s products and showcase the brand’s logo on his bag and headwear.

“’The Big Easy’ is one of the most prolific winners of his generation and a natural match for Adams, with our philosophy of creating the easiest to hit golf equipment,” said John Ward, Adams Golf President. “Ernie’s worldwide appeal and iconic status fit our international business growth as we extend our stronghold in hybrids to other categories.”

Adams recently re-introduced the legendary Tight Lies fairway wood with great fanfare. It features the classic revolutionary club design, combined with today’s technology, making it easy-to-hit from any lie. A tri-level sole design reduces the amount of turf interaction to create a larger impact area below the ball and promote crisper contact and more optimal launch.