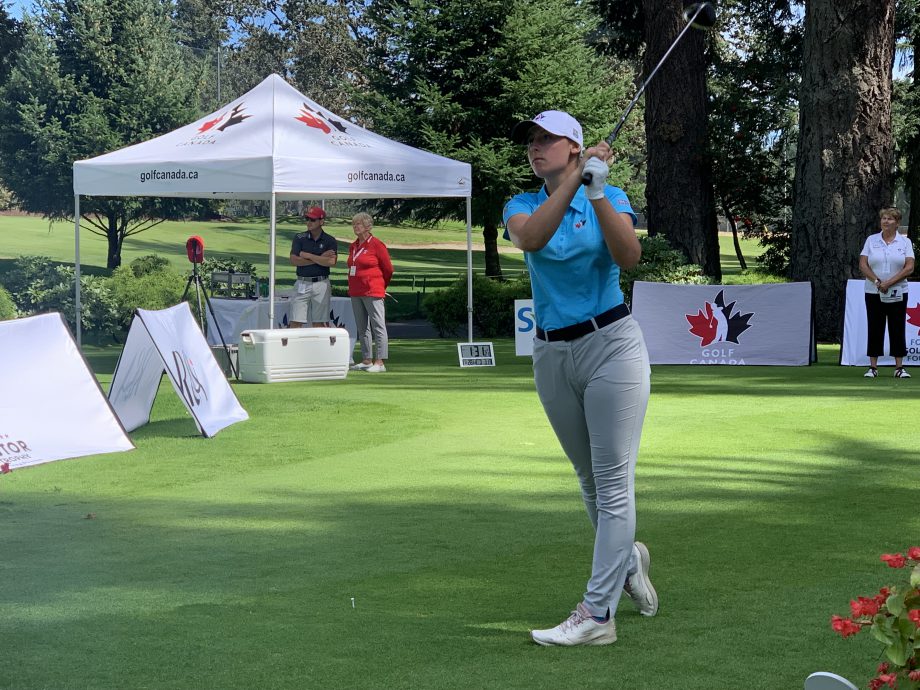 VICTORIA, B.C. – New Zealand swept all four of its afternoon singles matches Wednesday to take the lead after the opening day of the Astor Trophy at Royal Colwood Golf Club.

All four of those wins came over Canada after the two countries had split their two morning foursomes matches.

Five four-woman teams — Canada, New Zealand, Australia, South Africa and Great Britain & Ireland — have gathered for the round-robin match play event that has been held every four years since 1959.  All of the countries will face each other once during the five-day competition.

Ameilia Garvey put the first win of the afternoon on the board for New Zealand when she beat Naomié Paré of Victoriaville, Que. 4&3. Carmen Lim followed with a 3&2 win over Mary Parsons of Delta, B.C. Wenyung Keh beat Brooke Rivers of Brampton, Ont. 4&2 and Julianne Alvarez defeated Emily Zhu of Richmond Hill, Ont. 2&1.

The afternoon sweep clinched New Zealand’s win over Canada and gave the Kiwis one point for the team win on the day. Australia and South Africa split their six matches and each earned half a point for their teams. Canada was blanked.

“They played nicely,” Carter said. “We have a strong team. Ameilia was runner-up at the British Amateur last month, Wenyung and Julianne both won the NCAA in college and Carmen is on the way up. She is only 15.”

“We played good, it was a solid day,” added Keh, a recent University of Washington graduate who won both of her matches Wednesday. “We’re happy with our results today. This is a course that is demanding off the tee. Once you are in the rough it is hard to stop the ball on these greens. Having good course management around here is important and our team did that very well today.”

The weather was perfect and scoring conditions were ideal Wednesday.

Canada won its only match of the day when Paré and Rivers won 2&1 over Lim and Garvey. The Canadians were steady, winning despite the fact they didn’t make a birdie in the match.

“They missed a few putts and were off line on one tee shot that cost them a hole,” Paré said. “I think we just played solid.”

“We were just very consistent throughout the round,” added Rivers. “The greens make it very difficult to get close to the pin and pars are a great score out here.”

Foursomes (or alternate shot as it’s known) is a format that is relatively new to both Paré and Rivers.

“Actually, it was a lot of fun,” said Paré, who is entering her senior year at Barry University in south Florida. “I haven’t played a lot of this format in the past. Brooke and I met a couple of days ago and our games really fit and we got along great. We just had a lot of fun today.”

Parsons and Zhu lost their foursomes match 2&1 to Alvarez and Keh despite the fact they combined for two birdies and an eagle.

“It was kind of a back-and-forth match, but we still played really well,” Parsons said.