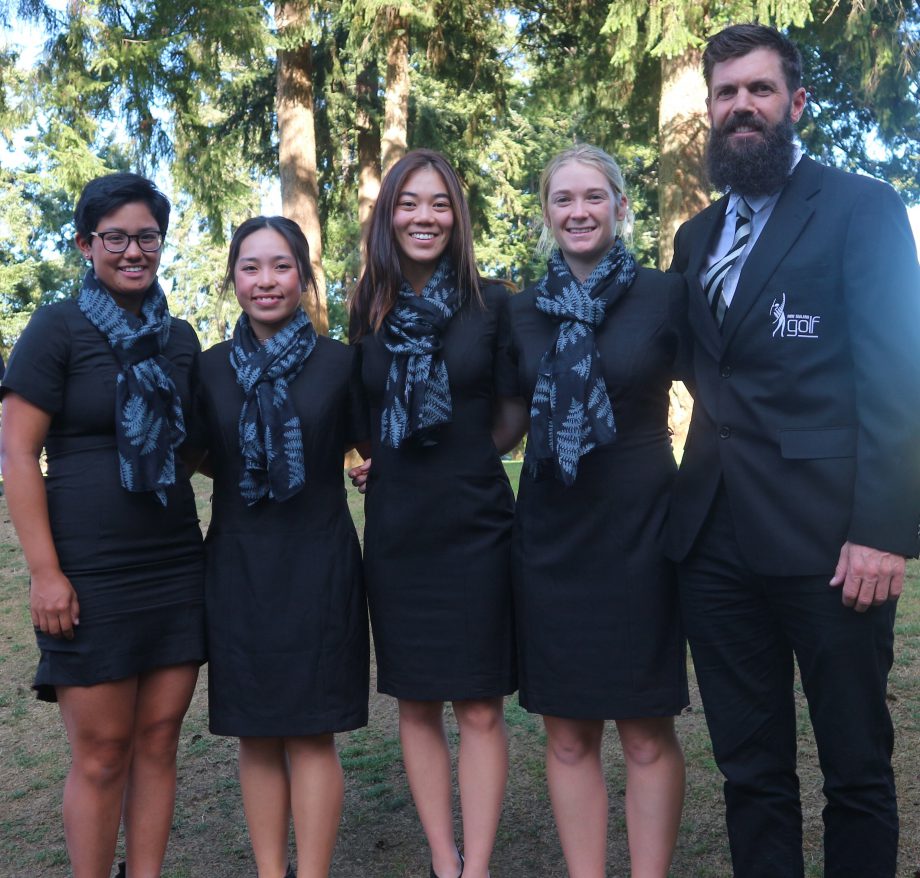 Now, it seems, the New Zealanders are at it again in British Columbia at this week’s Astor Trophy competition at Royal Colwood Golf Club. New Zealand earned a big point Friday by winning its match against South Africa. New Zealand has played two matches this week and collected the maximum two points.

“It is a good start,” said New Zealand coach Jay Carter. “I think it feels like home for us here. Environmentally, it is pretty similar to what we experience back home. The weather today was perfect for us.”

The Astor Trophy, which has been played every four years since 1959, features teams from Canada, Australia, New Zealand, South Africa and Great Britain & Ireland. Each four-woman team plays one another once during the five-day competition. Canada had the day off Friday.

Through three days of the competition, New Zealand is tied for the lead with Australia with two points. New Zealand can try and build on that lead Saturday, when the Australians have the day off. South Africa sits third with one point, while Canada and Great Britain & Ireland each have a half-point. Australia also earned a full point in its match Friday with Great Britain & Ireland. The two teams split their morning foursomes matches, but Australia took three of four singles matches.

“We were trailing 3-1 the whole day in the afternoon matches,” Carter said. “In a couple of those matches, I think the girls were never up in and battled back to square them. It is pretty pleasing.”

Amelia Garvey, runner-up at the British Women’s Amateur this summer and a collegiate star at USC, got things started for New Zealand by winning her opening match 2&1.

Carmen Lim, a talented 15-year-old who seems to hit the ball as straight as an arrow, came from two-down with three holes remaining to tie her match. Wenyung Keh was three-down through 13 holes and came to life with an eagle on the par 5 14th hole. She went on to win her match on the 18th hole.

“Usually match play isn’t about the first six holes, it’s about the last six and how you pull through,” said Keh. “I really grinded out there today.”

Julianne Alvarez also came from behind to earn her tie with South Africa’s Kaylah Williams.

New Zealand has never won the Astor Trophy and now is in a position to snap that long drought. Carter thinks his team has a nice mix of experience and youth.

Alvarez and Keh both just graduated from the University of Washington, where they won a NCAA Championship in their freshman year. Their college coach, Mary Lou Mulflur, was at Royal Colwood on Friday doing some recruiting and rooting for her two former players.

“They were both unbelievably clutch players,” said Mulflur, who is entering her 37th year as Washington coach.

The New Zealand players welcome any B.C. karma that might come their way the final two days of the competition.

“I remember Lydia Ko winning up here,” said Keh. “So hopefully we can get it done here. There’s still a lot of golf to play.”

The Astor Trophy began as the Commonwealth Trophy and was first held at The Old Course at St. Andrews, Scotland in 1959. The name was changed to the Astor Trophy in 2007 to allow Irish players to compete on a Great Britain & Ireland team. Australia won the event when it was last contested in 2015 at the Grange Golf Club in southern Australia. Canada has won the Astor Trophy on two occasions, in 1987 and 1979.

Morning foursomes will begin at 8 a.m. and the singles matches are scheduled between 12:30 and 1:40 p.m. each day. There are two days remaining in the competition and admission is free for spectators.