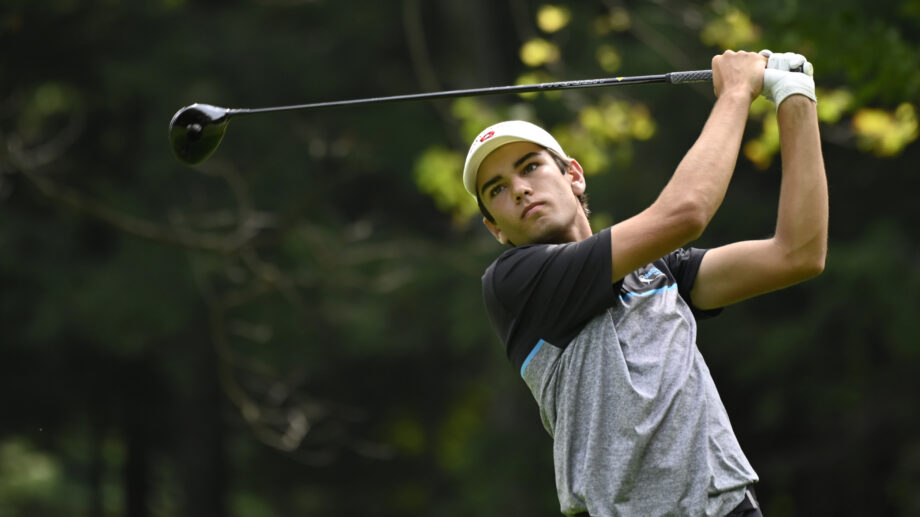 During the opening round, James Newton’s clubs were hotter than the weather in Kamloops. The Team Canada National Junior Squad Member – who plays out of Royal Ottawa Golf Club in Gatineau, Qué. – carded an opening round of 63 to tie the course record and lead the 83rd Canadian Junior Boys Championship by three strokes.

“I was hitting it well from tee to green today,” said Newton of the opening round. “I gave myself many birdie opportunities with my wedges, but my putter was on fire. Not only was I making birdie putts but also par saves.”

Newton’s 9-under-par 63 included an impressive seven birdies and an eagle on the 18th that marked the highlight of the 18-year-old’s day. He finished the round without a single blemish on this scorecard.

“My thought process tomorrow is going to be the same as it was today,” he added. “Stay patient and stay positive.”

A four-way tie for second chased Newton throughout the day, each finishing at six-under.

“Today I hit the ball well and did a good job of minimizing my mistakes,” shared Humphreys. “I worked on my putting after and I think I found something that should help in the next few days!”

Antoine Jasmin from Blainville, Qué. found his groove on the last four holes leading to four consecutive birdies out of his total of eight. The 16-year-old plays out of Club de golf le Blainvillier.

Eighteen-year-old Denby Carswell carded seven birdies and one bogey. The Burnaby, B.C. resident graduated from high school in May 2022.

Matthew Javier also made eagle on 18. The 15-year-old hails from North York, Ont. and plays out of Scarboro Golf & Country Club.

In addition to tying for second in the individual competition today, Antoine Jasmin and Matthew Javier also share a piece of the lead in the 16-and-under Juvenile division. Each fired a round of 66 today.

Defending champions Team Québec consisting of Jean-Philippe Parr, Felix Bouchard, and James Newton, jumped out to an early lead in the 36-hole inter-provincial team competition. The trio combined for a score of 11 under par and a five-stroke lead over Team Ontario.