Next chapter of Canadian Men’s Amateur Championship to be written 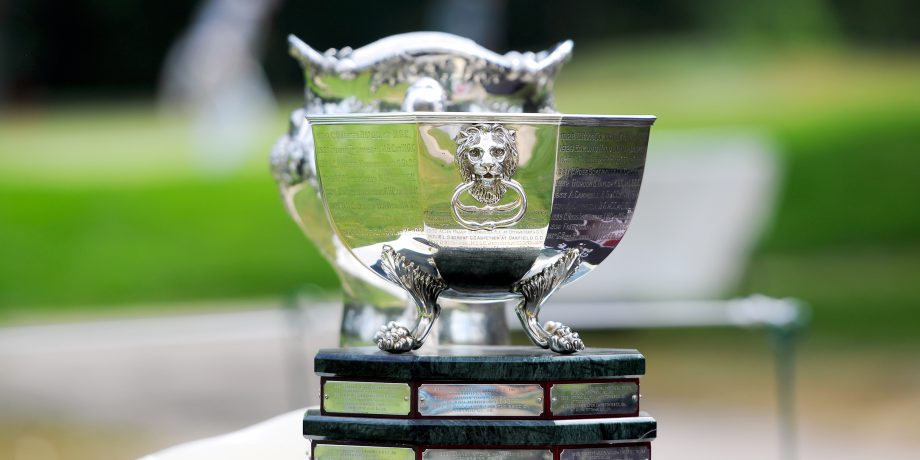 TORONTO – The 111th playing of the Canadian Men’s Amateur Championship will re-visit the roots of Canadian golf in 2015. Lambton Golf & Country Club – the home of the tournament’s most decorated champion, George S. Lyon – will co-host the competition alongside Weston Golf & Country Club, which is celebrating its 100th year, from August 8-13.

“This year’s co-hosting venues have a long history with the Canadian Men’s Amateur Championship and Canadian golf,” explained Tournament Director Adam Helmer. “George S. Lyon, an eight-time winner of this tournament, honed his game at Lambton. Weston saw a young Arnold Palmer win his first Tour victory and has since played a significant part in growing Canadian golf over the past century. Both courses are among Canada’s best and we look forward to seeing our impressive field challenge them.”

The Canadian Men’s Amateur Qualifier is set to take place at Weston Golf & Country Club on August 7. Two days of practice rounds are slated for August 8 and 9 before competitors from eight countries take to both courses on August 10 and 11 for the championship’s first 36 holes. The field will be reduced to 70 players and ties for the two final rounds at Weston as competitors try to claim the historic Earl Grey Trophy. James Beale of New Zealand won the trophy in 2014 after a thrilling three-hole playoff.

The field of 264 competitors will be competing for exemptions into the 2016 RBC Canadian Open to be played at Glen Abbey Golf Club in Oakville, Ont., as well as, the 2015 U.S. Amateur Championship at Olympia Fields Country Club in Olympia Fields, Ill. The champion will also be eligible to receive an exemption into the U.S. Junior Amateur, the U.S. Mid-Amateur or the U.S. Senior Amateur, if applicable.

Team Canada’s Austin Connelly of Irving, Texas and Blair Hamilton of Burlington, Ont., will be among the Canadian contingent vying for the championship. Connelly is Canada’s highest-ranked amateur at No. 16 on the World Amateur Golf Ranking. The two national team members are coming identical 1-under performances at the 2015 RBC Canadian Open which saw them recognized as co-recipients of the Gary Cowan Medal for low amateur honours.

All six members of Team Canada’s Development Squad will round out the national team contingent in the competition. Étienne Papineau of St-Jean-sur-Richelieu, Que., is looking to build upon a successful summer that has seen the 19-year-old capture the Alexander of Tunis trophy and the Quebec Men’s Amateur Championship – two legs of Golf Quebec’s prestigious Triple Crown. Teammate Trevor Ranton is hoping to carry forward momentum after claiming the 2015 CN Future Links Pacific Championship and winning the Golf Association of Ontario’s Investors Group Junior Boys’ Championship.

An inter-provincial championship will take place in conjunction with the first two rounds of the tournament with three-member teams competing for the Willingdon Cup. Team Ontario claimed the competition in 2014 with Chris Hemmerich (Kitchener, Ont.), Corey Conners (Listowel, Ont.) and Taylor Pendrith (Richmond Hill, Ont.) combining to shoot 9-under 275, eight strokes clear of Team Alberta.

A minimum of five spots into the 2015 Canadian Men’s Amateur Championship will be awarded through the championship’s qualifier on Friday, August 7 at Weston Golf & Country Club. Pairings and start times can be found here.