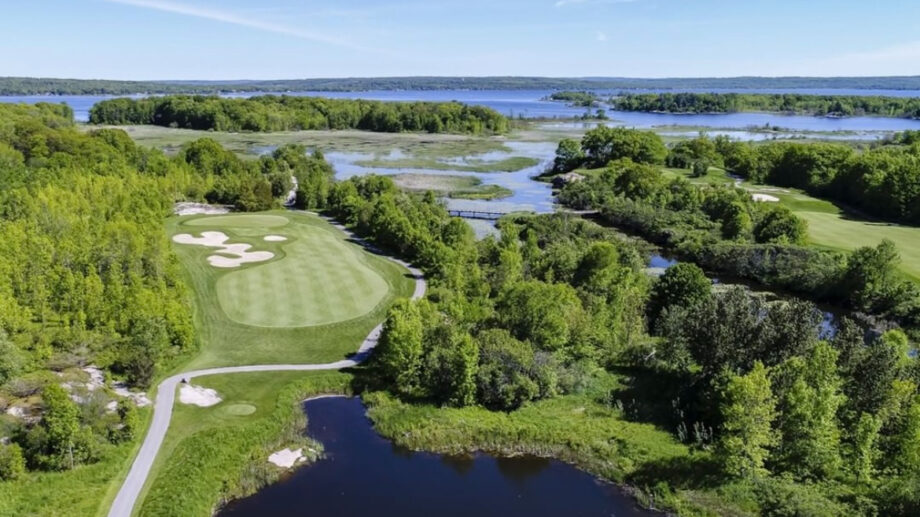 Practice rounds are scheduled for May 25, before the official tournament gets underway on May 26. After 36 holes, the field will be cut to the top 48 Junior Boys and the top 24 Junior Girls (both including ties) in their respective divisions, for the final round of the 54-hole stroke play competition that will wrap up on May 28.

The starting field will feature 144 players – 96 Junior Boys and 48 Junior Girls – vying for a spot in their respective Canadian Junior Championship later this summer.

The NextGen Ontario Championship is the second of six regional junior championships presented in partnership with JOURNIE Rewards. Angela Arora and Eric Zhao took home the honours in the NextGen Pacific Championship earlier this month at Nanaimo Golf Club in B.C. For the full schedule of 2022 NextGen Championships click here.

Oak Bay Golf Club is nestled along the shoreline of the Georgian Bay and is a personification of nature at its finest. Its picturesque views and charming scenery are sights to see, but a full focus is required to score well at the challenging course located in the Muskoka region. While the yardage book may seem forgiving, Oak Bay is no walk in the park – even for the longest of hitters. Dense forests and rocky terrain, accompanied by the wetlands that surround, will leave little room for error at the NextGen Ontario Championship.

For past results of the 2022 NextGen Championships – fueled by JOURNIE Rewards: Pacific

Additional information about the 2022 NextGen Ontario Championship can be found here.

Ben MacLean is fresh off a win at the 2022 Ontario Junior Spring Classic (U19) Boys Championship. Prior to that, the Team Canada national junior squad member recorded T2 and T4 finishes at the NextGen Pacific Championship and RBC Canadian Open Regional Qualifier (Ontario), respectively. The 17-year-old will be looking to add to his already impressive 2022 resume at Oak Bay.

Ryan Sommerville is a name to look out for in Port Severn this week. The Team Ontario member ended his 2021 season with a strong showing at the NextGen Fall Series East Championship, fueled by JOURNIE Rewards, finishing T3, and is looking to ride the wave into this year’s championship season.

Lindsay McGrath celebrated the Victoria Day weekend on top at the 2022 Ontario Junior Spring Classic (U19) Girls Championship, claiming a one-shot victory with a final round 68. The youngest member of Team Ontario will look to go back-to-back at Oak Bay.

Nyah Kelly was a top-10 machine in 2021, finishing amongst the leaders in each of the provincial and national tournaments she played in. To cap off a stellar season, Kelly notched a T2 finish at the NextGen Fall Series East Championship, fueled by JOURNIE Rewards. With the 2022 season underway, Kelly is poised to take her game to the next level and land a first-place finish at the NextGen Ontario Championship.