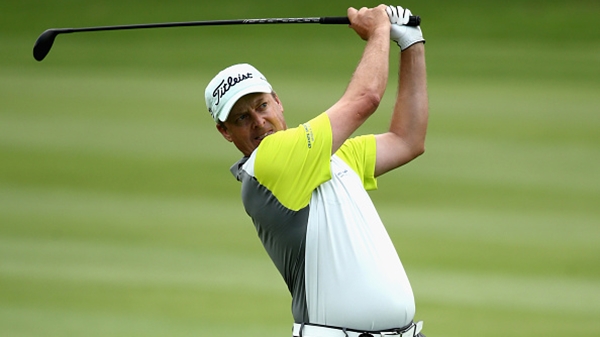 JOHANNESBURG – Nic Henning made seven birdies and an eagle and equaled the course record with his 9-under 62 for the first-round lead at the Joburg Open on Thursday.

Henning had five of his birdies and the eagle on the first nine to go out in 29 on the par-71 West Course at Royal Johannesburg and Kensington Golf Club. The European Tour’s first 59 seemed a real possibility then, but Henning made just two birdies coming home.

He leads by a shot from South African compatriots Tjaart van der Walt and Titch Moore, and Belgium’s Thomas Pieters.

Moore had a hole-in-one on the par-3 No. 5, as the 13 leading players after round one all opened on the easier West Course.