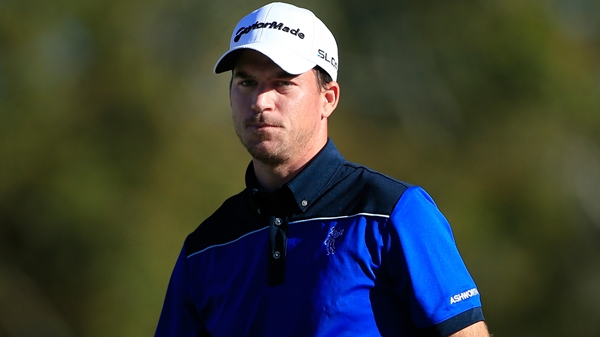 KAPALUA, Hawaii – Nick Taylor is still reaping the benefits of being a winner on the PGA Tour.

A three-stroke victory at the Sanderson Farms Championship in November not only provided the Canadian with a nice payday and security on golf’s premier circuit, it also qualified him for this week’s Hyundai Tournament of Champions.

So while people in his home country suffer through a January deep freeze, Taylor will be playing high level golf in balmy Hawaiian temperatures.

“(The victory) still hasn’t set in. Hopefully sooner rather than later,” Taylor, who was born in Winnipeg and grew up in Abbotsford, B.C., said Thursday. “But trying to figure things out in Maui is a good thing.”

Taylor earned US$720,000 for his 2014 victory, and, more importantly, a two-year playing card on the PGA Tour. He’s part of a group of six Canadians with status on the PGA Tour this year. Graham DeLaet, Mike Weir, David Hearn, Roger Sloan and Adam Hadwin are the others.

The victory wrapped up a whirlwind season for the 26-year-old. He started the year with a few starts on PGA Tour Canada, and then a number of tournaments on the Web.com Tour before earning his PGA Tour card.

“Everything that happened were good things, but it has been so exhausting. There will be some rust this first week or two, but in the long run, I needed some time off,” said Taylor, who returned to Abbotsford over Christmas. “This week is very relaxed, it’s the best-case scenario to start the season.”

The Tournament of Champions, which begins Friday at Kapalua’s Plantation Resort, features a small field of 34 golfers and no cut. Even if Taylor, the lone Canadian, finishes in last place, he’ll walk away with approximately $60,000.

It’s a far cry from the money he used to play for.

Taylor’s rise to the winner’s circle on the PGA Tour could be traced back to his success on PGA Tour Canada. It allowed him to jump to the Web.com Tour, then the main tour, very quickly.

PGA Tour Canada president Jeff Monday said Taylor’s victory at the Sanderson Farms Championship validated the model that was instigated when the PGA Tour took over the old Canadian Tour.

Monday said that PGA Tour Canada members always knew following a path like Taylor’s was a possibility, but to actually see it done just confirmed their beliefs.

“When you think about it, Nick was on PGA Tour Canada in September of 2013 and just over 13 months later, he’s winning on the PGA Tour,” he said. “When you step back from that for a second, you realize that’s pretty good stuff.”

Taylor, a former Team Canada member who was once ranked as the top male amateur golfer in the world, hasn’t let any of his recent success go to his head.

“Coming out as the No. 1-ranked amateur, there’s great expectations a lot of times and it’s hard to live up to them,” said Monday. “But everyone I’ve talked to says Nick hasn’t changed one bit.”

“He’s a quality young man, and anyone he meets he will influence them, including kids,” added Scott Simmons, the CEO of Golf Canada. “I would certainly call him a role model we could all be proud of.”

Taylor seemed ready for the challenge of being golf’s newest Canadian ambassador.

Taylor’s goals for 2015 changed after his victory. He’s now free to choose his schedule without worry, and he’s gotten into a number of larger tournaments like the PGA Championship, which will be his first major as a professional.

“I need to slowly try to build up some world-ranking points, but that would be pretty amazing,” he said.

For now, Taylor is enjoying the moment. Seeing how far he’s come, he said it’s hard not to.

“I think for me, personally, I’m ahead of the game,” he said. “There’s so much luck involved, you never know when you’re going to win. It’s been a crazy few months and I’ve exceeded expectations so far.”