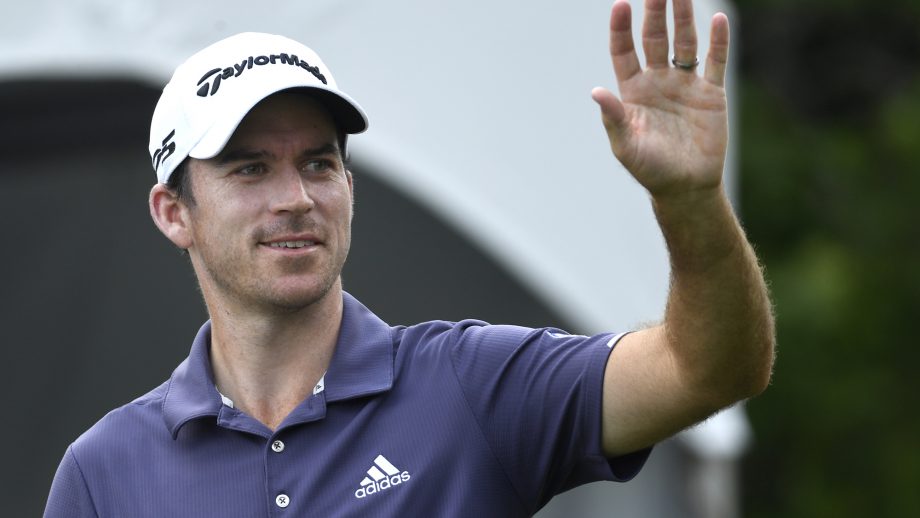 At the time, it was the biggest win of Nick Taylor’s life, a victory he credits with providing the confidence and inner belief that ultimately helped propel him to the PGA TOUR.

Taylor won the Canadian Men’s Amateur Championship in 2007 and he’ll never forget the crazy final day he endured en route to the title. It lasted nearly 10 hours and 38 holes. Taylor would be the first to tell you it should have been over much sooner than that.

Taylor, then 19, was playing Michael Knight of Calgary in the 36-hole final of that 2007 Canadian Men’s Amateur at Riverside Country Club in Saskatoon. That was the last year the championship was decided via match play.

“I remember the morning match I kind of hung in there, lost on 18 to go one-down, and then I played really well in the afternoon and was three-up with three to play,” the Abbotsford, B.C., native said in a recent interview. “What sticks out to me is those last three holes.”

The adventure started on the par 5 16th hole at Riverside.

“I three-putted 16 for par to lose the hole and that is when they blew the horn because of an electrical storm,” Taylor said. “We went in for an hour or so and it felt like it was forever. Having had that opportunity to win and three-putt and then have to sit on that for a while wasn’t great. When we went back out there, the wind was blowing 30 miles an hour. It was crazy the way the conditions had changed.”

On the par 3 17th hole, Taylor once again had a chance to close out the match, but again three-putted.

Things got really crazy on the 18th hole, where Knight hit his drive way left down a steep embankment. Knight managed to find his original tee shot after hitting a provisional, but it didn’t look like he had much of a shot.

“So Mike is down there and he has a buddy caddying for him and they are laughing because they found the ball and it wasn’t in a good place,” Taylor said. “They were like ‘oh well, let’s just take a swing at it’ and it comes out perfectly. It almost comes up close, but rolls over the ridge and he’s about 20 feet away. He almost makes it, but gets his par.”

Taylor, meanwhile, is just 12 feet away in the fringe. He knows he can two-putt and win. So you can guess what happens next.

“It was such a fast putt,” Taylor said. “I hit it out of the fringe and it ripped by about six feet and I missed that. So my head was really spinning at that point for doing that.”

The match finally ended on the 38th hole. Both players had ended up in the same greenside bunker. Knight hit first and bladed his shot out of bounds. He had to take a drop into the same bunker and hit his next shot long into another bunker. Taylor then blasted out onto the green and Knight conceded.

“I played great that week, but if I had lost it would have been devastating,” Taylor said. “I remember trying to register what had happened and thinking that really I should have won that on the 16th hole. And then with the delay and everything that happened it was just kind of crazy.”

Taylor’s win at the 2007 Canadian Amateur followed his 2006 victory at the Canadian Junior Boys Championship and he became just the second player to win the Junior and Amateur back to back. Vancouver’s Brent Franklin first accomplished the feat in 1985, also at Riverside in Saskatoon.

Taylor said that win in Saskatoon meant so much to him, both at the time and in the years that followed. After closing out the match, Taylor and his family drove through the night to Calgary for a flight to California.

“I flew down to the U.S. Amateur to San Francisco and ended up playing really well down there, too.”

Taylor made it all the way to the quarter-finals of the U.S. Amateur, which was being played at Pebble Beach. “So it was a crazy couple of weeks.”

But his Canadian Amateur win also had more long-lasting effects.

It helped get Taylor selected to the national amateur team, which provided him with all sorts of opportunities, and got him into his first Canadian Open. His confidence soared.

“I think it really helped my amateur career and my confidence going back for my second year of college (at the University of Washington),” Taylor said. “I struggled a bit in my first year at Washington. I was in and out of the lineup and didn’t play great.  That Canadian Amateur win was big for a lot of reasons.”

The field will include all four members of the national amateur team Taylor used to be a part of: Hugo Bernard of Mount-Saint-Hilaire, Que., Joey Savoie of La Prairie, Que., Josh Whalen of Napanee, Ont., and Chris Crisologo of Richmond, B.C. Team Canada Development Team members Christopher Vandette of Beaconsfield, Que., Nolan Thoroughgood of Victoria, Thomas Critch of Hamilton, Johnny Travale of Stoney Creek, Ont., and Peyton Callens of London, Ont., will also be in the field.

The winner will receive an exemption into the 2019 RBC Canadian Open at Hamilton Golf & Country Club and the 2019 U.S. Amateur Championship.

The Willingdon Cup inter-provincial team competition, which was won by Quebec in 2017, will be contested during the first two rounds of the event.

Taylor still keeps an eye on amateur golf in Canada. Chances are, he will be checking the scores on his computer and his mind will go running back to Saskatoon and that crazy day in 2007.