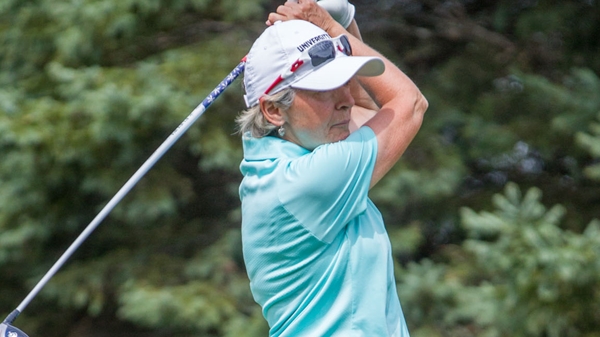 The Nova Scotia Golf Association (NSGA) has announced their 2014 NSGA Player of the Year Award winners.

The NSGA Player of the Year (POY) is a ranking system that assigns points to players from their finishes in various tournaments throughout the golfing year. It is designed to promote the development of golfers in Nova Scotia through a points system based on their competitive accomplishments. Player of the Year Awards will handed out during the NSGA Annual General Meeting that takes place Sunday, October 26, 2014 at the Glen Arbour Golf Club.

After a long summer battle, Aaron Nickerson from River Hills Golf Club topped Ashburn’s Glenn Robinson to win the 2014 Men’s NSGA Player of the Year. Nickerson finished the year with a total of 219 points narrowly defeating Robinson by 19 points. Nickerson ended the season with 5 top five finishes, including wins at the Jack Frost and Greenwood Classic.

2014 MJT Junior Player of the Year

Ashburn’s Myles Creighton completed his impressive junior career in style after dominating the field at the Dartmouth Dodge Junior Championship in July where he won easily by a total of 16 strokes. Myles then went on to win CN Future Links Atlantic Championship, MJT Paragon, CJGA Oakfield and finished third at the Subway and Brightwood Invitationals. He also tied for 22nd at the Canadian Junior Boy’s Championship. This is Myles 4th time winning the MJT Junior Player of the Year.

Allison Chandler narrowly beat out Heather McLean for the 2014 MJT Player of the Year. Chandler finished the season with a total of 335 points while Heather McLean ended with a total of 332. Allsion came in second at the 2014 NSGA Junior Championship after losing in a playoff to last year’s Junior Girls Player of the Year winner, Meghan McLean. She won the CJGA Oakfield and the Brightwood Invitationals, earned a second place finish at the Ashburn Invitational and 3rd place honours at the MJT Paragon. The highlight of her season came at the 2014 Canadian Junior Girl’s Championship, where she finished tied for 16th and 6th overall in the Juvenile competition.

Junior Zone Player of the Year