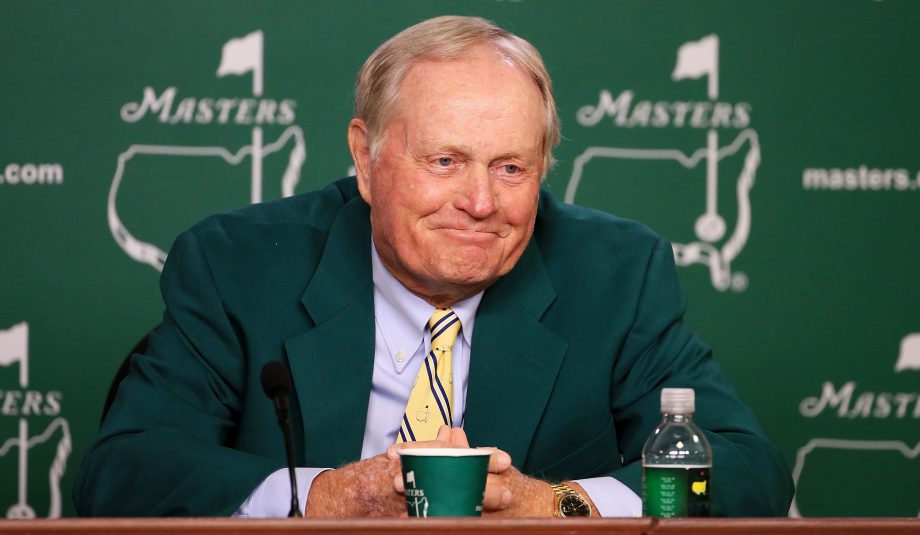 AUGUSTA, Ga. – Jack Nicklaus says he thinks Tiger Woods will win again. After seeing him a few weeks ago, Nicklaus is surprised Woods isn’t playing the Masters this week.

Woods is missing the Masters for the second time in three years as he recovers from two surgeries on his back last year. He has not played since a tie for 10th in the Wyndham Championship in August, and he has not won since Firestone in August 2013.

Woods announced late Friday that he was not ready to return to competition. He said he had been hitting balls and training every day, but that “I need to be cautious and do what’s best for my long-term health and career.”

Woods was planning to attend the Tuesday night dinner for Masters champions, his second social event of the year. Nicklaus hosted a Ryder Cup dinner at his home on Feb. 24 that Woods attended. Nicklaus said he thought Woods looked great physically, and that Woods told him he was able to putt and chip without feeling any pain.

“I’m very surprised he’s not here,” Nicklaus said. “Maybe he’s not ready. But he’s too good of a talent not to win.”

Woods hasn’t won another major since then. He had knee surgery in 2008, followed by the crisis in his personal life when he was caught in a shocking web of infidelity, and then more leg injuries and three back surgeries over the last two years.

Asked if his major championship record was safe, Nicklaus smiled and mentioned Rory McIlroy, Jordan Spieth, Jason Day and “Tiger is still out there.”

“Does that mean his chances are as good as they were? Of course it doesn’t mean that,” Nicklaus said. “But he’ll be able to play healthily – if he gets healthy – until he’s 50. I caught lightning in a bottle at 46.”

Nicklaus is the oldest Masters champion, winning in 1986 for his 18th and final major.

Woods, who turned 40 at the end of December, last met with media at his Hero World Challenge in the Bahamas, and he was more blunt than usual when he said anything else he does in golf “will be gravy.”

Nicklaus brushed that off as Woods being tired of answering questions about his future.

“That’s probably an easier answer than ‘I’m going to get back out there next week’ and really doing it. He’s probably tired of saying that,” Nicklaus said. “If he says the other, then all of a sudden, everybody writes him off for a while, and then he’s got to show up for his 1980 and his 1986. I think he’ll show up for that a little bit.”

The reference was clear.

Nicklaus was 40 in 1980 when he won the U.S. Open at Baltusrol and the PGA Championship at Oak Hill, giving him 17 majors. It was the fifth time in his career that Nicklaus won two majors in one season. And in 1986, he won the Masters.

One big difference is that Nicklaus was rarely injured. He didn’t withdraw until back spasms at the old World Series of Golf at Firestone in 1981 when he was 41, and he had to pull out again two years later after one round of the 1983 Masters.

“I was just lucky from a physical standpoint,” Nicklaus said.

He also said he trimmed his schedule and geared them around the four majors. Nicklaus won his 18 majors over 25 years.

“So when you do that, you’re not abusing yourself too much. You can play a longer time,” he said. “Tiger and I both won young. And he may span 25 years himself.”