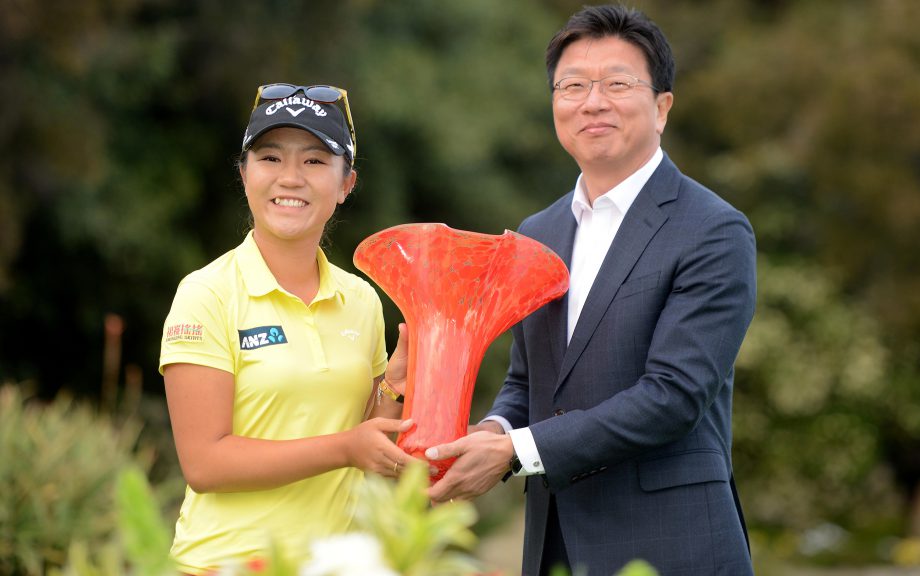 CARLSBAD, Calif. – Lydia Ko won the Kia Classic on Sunday at Aviara, reaffirming her position as the top player in the world heading into the first major championship of the season.

Ko birdied the final three holes for her third straight 5-under 67 and a four-stroke victory over second-ranked Inbee Park.

“I just kind of peeked at the leaderboard and saw Inbee was making a lot of birdies – Inbee doing her Inbee things,” Ko said. “I knew that I needed to focus up until the last moment and fortunately I made some birdies down the stretch.”

A week after finishing second in Phoenix in the Founders Cup, Ko headed to Rancho Mirage for the ANA Inspiration with her first LPGA Tour victory of the year and 11th overall. The 18-year-old New Zealander also won the Ladies European Tour’s New Zealand Women’s Open in February.

“All the work we’ve put in as a team kind of paid off,” Ko said. “A really happy moment, but I have to focus for next week. I’m really excited to go back to ANA.”

Park closed with a 67. The 2013 winner at Rancho Mirage, the South Korean player appears to be over the back problem that forced her to withdraw from the first event of the season.

“We have a really important tournament coming up next week, so I really needed to push myself a little faster to get ready,” Park said. “This is a great finish for me and it’s going to be a good confidence week for me.”

She tied for 30th in Thailand and Singapore in her first events back and missed the cut in Phoenix.

Playing two groups ahead of Ko, Park pulled within two shots with birdies on the par-4 16th and par-5 17th. Ko pushed the lead back to two with a birdie on the short par-4 16th, holing a 10-foot putt after driving the green and racing her first putt past the hole.

She bogeyed the par-5 10th after double-hitting a putt from the fringe. The ball popped out of a divot and caught her club in the follow-through, costing her a one-stroke penalty.

Japan’s Ai Miyazato was third at 12 under after a 66. The nine-time LPGA Tour winner had her first top-10 finish since 2013.

“I’ve been struggling with my putting since a couple years ago,” Miyazato said. “That’s why my game wasn’t really there. But I had really good patience and I know I can get through it. Right now, I’m in the process, but just the difference is it’s just I’m having fun more with my game.”

Brittany Lang closed with a bogey on 17 and a double bogey on 18 – hitting into the water twice – for a 74 that dropped her into a tie for 10th at 9 under.

Brooke Henderson tallied six birdies and an eagle en route to a 6-under 66. The Smiths Falls, Ont., native finished in a tie for 10th at a combined 9-under par.