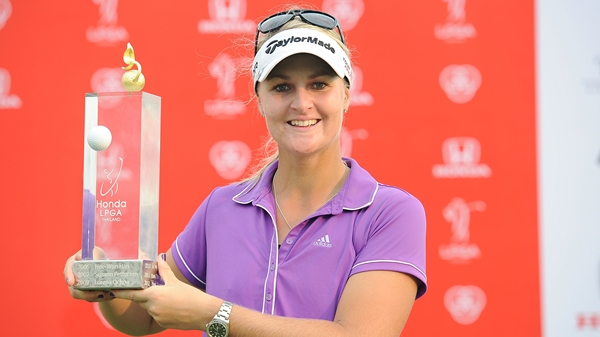 “It’s been a while, but I’m just so happy to finally break through again,” Nordqvist said. “Inbee kept pushing me at the end. I just really had to stay strong. Had a rough first couple holes, but kept playing good on the back. Just unbelievable to get that win again,” she said

Nordqvist, whose form dipped dramatically in 2013, gave much of the credit for keeping her going to new coach Jorje Parada of Spain.

“I have to thank my family and friends and coach (Jorje Parada) for keeping pushing me through the good and bad times. They really inspired me and believed in me no matter what. And here I am sitting here with the trophy,” said Nordqvist.

Catriona Matthew of Scotland shot a second straight 65 to finish third on 277. Michelle Wie, who was tied second after three rounds, shot three birdies plus an eagle on the 10th against two bogeys for a final-round 69 and fourth place another shot back.

Former champion Tseng Yani, with a 68, was joint fifth along with the American trio of Gerina Piller, Stacy Lewis, Lexi Thompson and Paraguayan Julieta Granada, who all finished on 279.