Noren leads by 2 shots after 3 rounds of Scottish Open 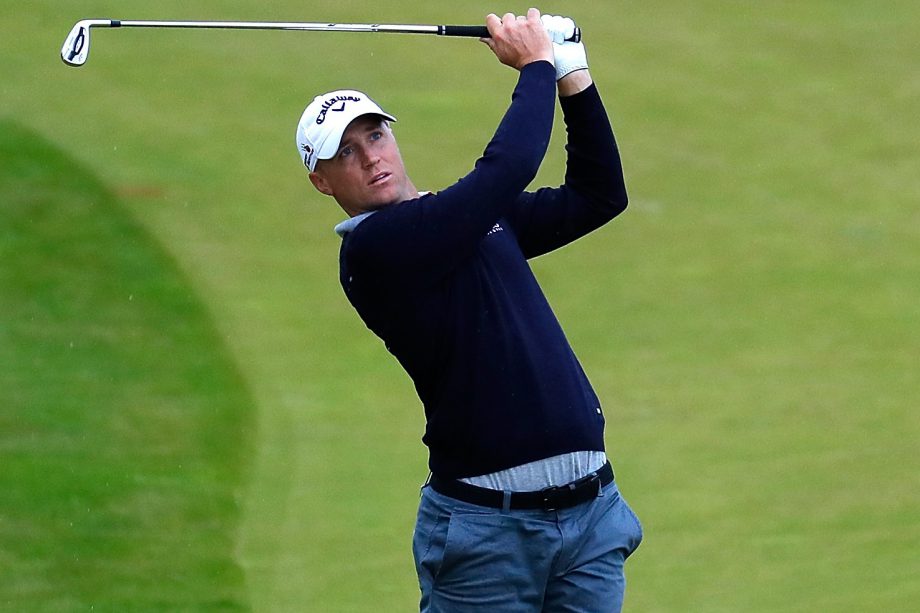 INVERNESS, Scotland – Alex Noren of Sweden birdied the last two holes to extend his lead to two shots at the Scottish Open on Saturday after a third round that ended in heavy rain at the Castle Stuart links.

The top 15 players are separated by six shots in the last event before the British Open at Royal Troon next week. With the weather turning nasty for the final few hours of the third round, this could be good preparation for the third major of the year.

Noren – the second-round leader by a shot – defied the conditions by hitting a 219-yard tee shot to 3 feet at No. 17 and then getting up and down at the par-5 18th for another birdie.

“I’m really satisfied because it was one of the toughest days this year,” said Noren, who is seeking the fifth European Tour victory of his career.

“I’m hoping for better weather (on Sunday) so it’s not a grind.”

Manassero kept up his resurgence to stay in with a good chance of winning his first event in more than three years, since the BMW PGA Championship in 2013. That victory lifted him to No. 25 in the rankings but the one-time prodigy arrived in northern Scotland ranked No. 596.

After birdies at Nos. 1 and 2 and an eagle at No. 6, Manassero wound up taking the lead thanks to a run of three birdies on Nos. 14-16, including chipping in from just off the green at the 15th. A bogey at No. 17 and a missed short birdie putt at the last dropped him behind Noren, just as the Swede was making his strong finish.

Justin Walters, among the earlier starters when the sun was out and the wind wasn’t so strong, shot 65 to tie for the lowest round of the day and share fourth place with Danny Lee (70).

Former U.S. Open champion Graeme McDowell was in a two-way tie for sixth place after a 69, which included four birdies in his last eight holes as the weather turned.

“When the weather got bad, I managed to dig in and get some birdies,” McDowell said. “This is great preparation for next week.”

Phil Mickelson shot 70 and is 11 strokes behind Noren.

Four places in the British Open are available for those not already qualified and who finish in the top 12 plus ties. Hatton, Manassero, Walters and Romain Wattel would currently qualify.