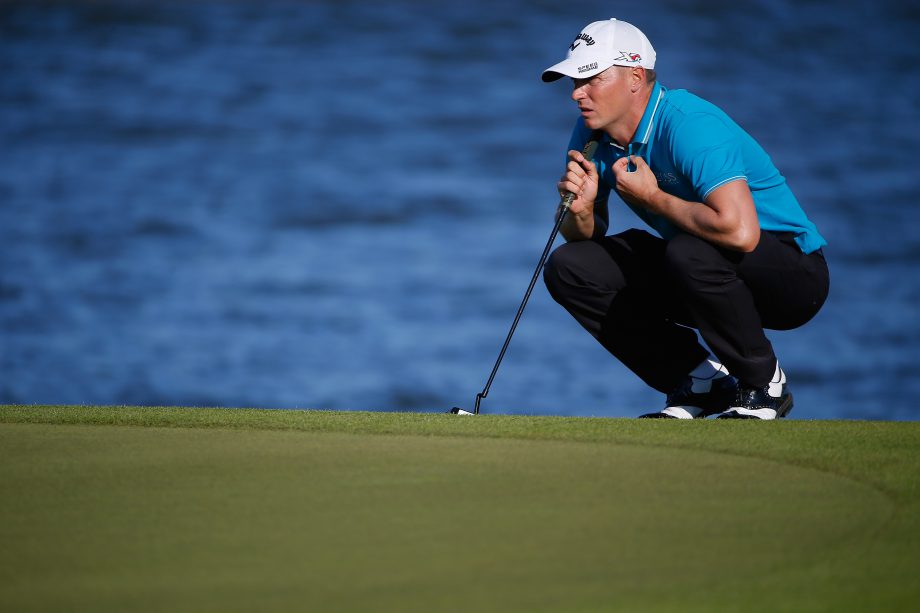 Alex Noren lines up a putt on the seventeenth hole on day three of the Nordea Masters. (Harry Engels/ Getty Images)

MALMO, Sweden – Swedish golfer Alex Noren carded a 5-under-par 67 to take a two-shot lead of the Nordea Masters in the third round on Saturday, while local favorite Henrik Stenson flew up 28 places to lie five shots back.

Noren, whose victory here in 2011 was his third and last on the European Tour, birdied four of his first five holes. He has three top-10s this year, including runner-up at the Dubai Desert Classic to Rory McIlroy.

Maximilian Kieffer of Germany was two shots behind after a 70, and Sebastian Soderberg (71) another shot back with Swedish countryman Jens Dantorp (73).

Stenson, the highest-ranked golfer in the field at No. 4, scored an eagle-3 on the first hole and birdied his last hole in a 68 to climb into a three-way tie for sixth.

Local amateur Marcus Kinhult, who led during the first two days, shot 77 and dropped into a tie for 14th.